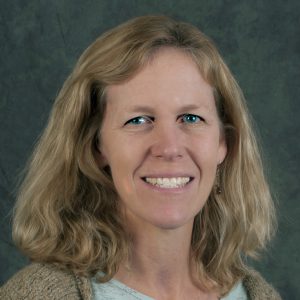 To receive our weekly legislative update, Your Voice for Conservation, sign up now. We’ll keep you informed during the session and let you know when to act for conservation. We’ll also keep you current on Jonathan Oppenheimer’s tie of the week!

One of the primary reasons that Idahoans came together in 1973 to form the Idaho Conservation League was to ensure that there was a consistent and reliable voice for conservation in the Idaho Legislature. Over the years, ICL has evolved, we’ve grown, we’ve opened offices, we’ve moved, we’ve expanded our scope, but one thing has remained the same…we’ve shown up for work on cold, sometimes dreary mornings in the marbled hallways of Idaho’s state capitol building to advocate for the values that you hold dear.

We don’t always prevail, but we show up day after day, week after week, month after month, to ensure that Idaho’s legislators know that clean water, clean air and sustainable communities are critical to Idaho’s future and our economic well-being.

With nearly 14 years of experience working for ICL in both North and South Idaho on a variety of topics, I am hopeful that I can successfully carry on the proud tradition of being your voice for conservation. I welcome your thoughts as the Idaho legislative session evolves.

So, What Happened This Week?

During the first week of the session, the legislature organizes their affairs, finalizes committee assignments, initiates consideration of administrative rules and begins consideration of the Governor’s FY2017 budget.

In his State of the State Address, Gov. Butch Otter focused mainly on education issues. However, he did mention water use in Southern Idaho (aquifer recharge). You can be sure that this issue will be coming up during the session. He also, touched briefly on energy-actually using the term “green house gases.” This is noteworthy, especially as it comes on the heels of a recent news article in which the powerful chairman of the House Environment, Energy and Technology Committee stated that he listens to Rush Limbaugh for advice on climate change.

In the coming week, we expect the legislature to begin consideration of administrative rules that have been in the works for months. One in particular relates to water quality standards for toxic and carcinogenic substances such as mercury, arsenic, dioxin, PCBs and various other nasty substances. To correctly calculate these standards, Idaho has to gauge how much fish Idahoans eat-as we eat fish, the toxic pollutants that they are exposed to pass into our bodies.

ICL opposed the rule, but not just because it’s not restrictive enough. We also oppose it because it did not effectively consider tribal populations-including the Nez Perce and Shoshone-Bannock-who consume larger amounts of the fish in which these toxins accumulate. While the rule protects 95% of Idaho’s non-tribal population, it is far less protective of tribal members and would only protect the mean of tribal populations. There is a hearing on this issue in the Senate Resource Committee on Monday, Jan 18 at 1:30.

I’ll be challenging myself to wear a different tie each day of the legislative session and will share a tie of the week with you. In this first installment of TOTW, I’m already anticipating breaking my own rule.

Until next week. Esta Perpetua…