We’re wrapping a busy second week in the 2021 Idaho Legislature. While much attention has been directed on efforts to expand the Legislature’s power and limiting the Governor’s regarding the ongoing COVID-19 emergency, we’ve been focused on Administrative Rules and the Budget. Meanwhile, President Joe Biden was sworn in, we recognized Martin Luther King, Jr. Day, and we hosted a Legislative 101 webinar with Conservation Voters for Idaho.

The #IdLeg is starting to figure out remote testimony and we’re learning the ropes about how you can testify from home whether you’re in Weippe, Whitebird, Bear Lake, or Bonners Ferry. This week’s TOTW recognizes ICL supporters and partners who testified before the House Agricultural Affairs Committee this week to share concerns about pesticide rules that fail to adequately protect farmworkers and others. Thanks for plugging in Irma, Tyler, Christina, and Martha, this tie’s for you!

While not a conservation issue, the big news this week was House passage of a Constitutional Amendment allowing the Legislature to call themselves back to session with 60% approval in both the House and Senate. The amendment still must pass the Senate by two-thirds of members, and if it does, must be approved by a simple majority in the next general election. Other bills to limit the Governor’s authority for emergencies are advancing quickly in the House and several have been introduced in the Senate. This afternoon the Governor blasted the legislature for spreading “myths” around the pandemic. While the pandemic is obviously front of mind for most in these discussions, the Idaho Office of Emergency Management confirmed that some measures could severely hamper Idaho’s response to wildfires, natural disasters, mining accidents, or other crises, resulting in the loss of hundreds of millions of FEMA dollars that help protect the life and safety of Idaho citizens. 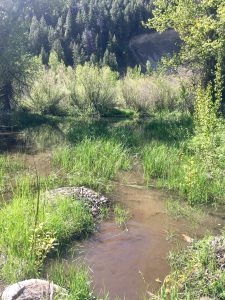 This morning, the Idaho Department of Environmental Quality’s newly-confirmed Director Jess Byrne testified before the Joint Finance and Appropriations Committee (aka the budget-writing committee). Among the budget proposals was nearly $3 million in appropriations and transfers to further clean up at the Triumph Mine site near Ketchum. Idaho’s paying the tab because neither the State nor Blaine County wanted it declared a Superfund site, despite soil samples with lead levels of 52,000+ ppm (that’s over 100 times the limit!). Triumph Mine has a long and sordid history of pollution and contamination. Bottom line, when ASARCO declared bankruptcy in 2018, the State assumed responsibility for the mine, but it took a lawsuit from ICL to ensure the clean up. Despite our involvement, state agencies didn’t share with us that a major tunnel collapse at the Triumph occurred due to the March Earthquake near Stanley.

About 500 miles north, Lake Coeur d’Alene, which should have also been declared a Superfund site years ago, is suffering from excessive algae growth and changes in lake chemistry that threaten to release toxic metals. The State is proposing to pony up $573,000 to support a study, which we hope will confirm what we know and lead to meaningful actions to protect the lake. Kootenai County is also chipping in $200,000 because they know how critical a healthy lake is to their community.

Despite all this, the State still has no ability to bond for mining operations to ensure perpetual water quality treatment. You’d think they’d learn from these and other mining disasters that have left taxpayers holding the bag of clean-up costs, while miners run away with bags of gold. Go figure…

Lack of testing for elk brains 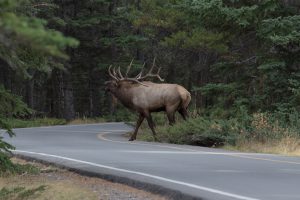 Meanwhile, the threat of disease spread from elk farms came up during consideration of Idaho State Department of Agriculture’s Rules in House and Senate Agricultural Affairs Committees. ICL spotlighted concerns that the rules only require testing of 10% of “harvested” elk, despite Chronic Wasting Disease’s threat to Idaho’s wild elk and deer populations. Elk in Montana tested positive for the disease last year and just last month, CWD was confirmed in Wyoming. We’re working with partners to improve these rules and require 100% testing for Idaho’s estimated 30,000 elk that are harvested each year at elk farms. The tests (of the elk brains) only cost about $30 each. With CWD knocking on Idaho’s doorstep, aren’t our wild elk and deer worth it? 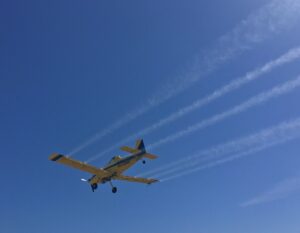 Finally, the legislature passed a bill last year to remove pesticide protections. Gov. Little vetoed the measure, but new rules were negotiated over the summer, which engaged ICL, public health advocates, farmworkers, cropdusters, and agricultural interests. The resulting rules fail to provide adequate farmworker protections, remove limits on spraying near hazard areas, and eliminate the requirement to notify schools and hospitals before aerial spraying. Many schools and hospitals are located next to agricultural fields all across the state. The rules don’t require direct oversight for apprentices, and a recent Boise State study revealed that Latina farmworkers face an especially high threat of exposure and lack access to proper training and protective equipment.

Testimony from the Community Council of Idaho, health professionals, citizens, and other partners spotlighted the need to improve pesticide education and bilingual material. We look forward to working with ISDA, agricultural interests, farmworker advocates, and others to ensure that we protect both people and our environment. 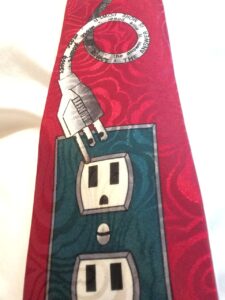 As I noted above, this week’s tie is dedicated to Tyler, Martha, Irma, and Christina. They demonstrated that even in the face of the pandemic, we can plug in, share our voice, and stand up for the issues we care about. #PeoplePower. Next week is Education Week at the #IdLeg, but we also expect some discussion of water quality, wildlife bills, energy efficiency, and more. Until next week…