Continuing to plow toward the longest session ever, the Idaho State Government now stands at the brink of a potential shutdown come June 12, 2021.

The Idaho House of Representatives is playing a game of chicken and it appears that it will be all of Idaho that could lose. And they’ll still be at it for another week, despite what I said last week…and the week before.

The Idaho Senate gave in to some of the House’s demands, but it still appears that the House may reject critical budgets. And a long-term recess until September may be in the cards. Time will tell.

Other topics, like wolves and science standards were in the crosshairs as well.

Note: If you’re a member of ICL, you’ll receive our fancy, glossy Sine Die (or Not Quite Sine Die Report). It’s a great way to say thanks to the whole team at ICL who bring you this weekly legislative update! And since it’s Idaho Gives, a weeklong celebration of giving, your donation will be doubled thanks to a generous matching gift!

The overreach displayed in the end-of-session wolf bill was remarkable even for the Idaho Legislature. But the scary thing is that it was actually the “kinder, gentler” bill compared to others that were privately floated. House Majority Leader Rep. Mike Moyle (R-Star) indicated on the House floor on Tuesday that they’ll plan to introduce the less kind, less gentle bills next session.

The current bill undermines the authority of the Idaho Fish and Game Commission, which was set up in 1938 for the express purpose of keeping political influence separated from the management of our wild fish and game species in Idaho. The bill also seeks to kill more than 1,000 wolves, and could lead to their relisting under the Endangered Species Act, inviting federal management. Finally, the bill is inconsistent with the legislature’s own 2002 Wolf Management Plan that was passed with significant public involvement.

Should they stay or should they go? That was the question the Clash asked in 1982, and it’s a good question today. Last week, I reported on House Majority Caucus Chair Rep. Megan Blanksma’s (R-Hammett) House Concurrent Resolution 22, which would call a recess and potentially extend the session into September. Problem is, bills only take effect 60 days after the session ends, meaning that budgets, emergency spending, Covid $$, funding for dams, for agricultural payments, and much more…would not be distributed.

That appeared to be enough to slow the resolution down, which was hurriedly introduced last week, and we’ll see what happens next week.

Science Standards back in focus 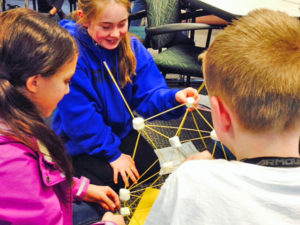 The House Education Committee met on Monday to discuss their position on education standards, which they’ve rejected or sought to modify for years. They are drafting another letter to the State Department of Education. The good news is that they’re calling for the reincorporation of “supporting content” which is a critical component of the science standards. Unfortunately, they continue to politicize the standards while simultaneously calling for the depoliticization of the standards. Keep an eye out for an opportunity to comment on these important K-12 education standards before the June 1 deadline.

In other news this week, the Idaho House Ethics Committee met in a rare public meeting to discuss accusations lodged against a state representative, charging that he raped a 19-year-old legislative intern. This issue has dominated the Legislature this week. These allegations are deeply troubling, as are many reports of additional inappropriate behavior that have emerged over the last week. Also troubling is the fact that the identity and photos of the victim have intentionally been disclosed by another member of the legislature, organizations, and the public, in what can only be seen as an effort to intimidate the victim. This is appalling.

While this issue is far afield from our daily work, as citizens of Idaho we all benefit from, and need to be advocates for, a lawful, civil society where the rights of individuals are respected and ensured. It is troubling that a faction of folks are casting this issue as somehow liberals versus conservatives. The divisiveness of Idaho politics, and the way in which extremists and their followers operate is painful to see and difficult to navigate. This is not a partisan issue. This is a legal and ethical issue.

ICL condemns sexual violence and abuse and also those who violate the privacy of victims. People need to be treated fairly and with respect, especially those who have been mistreated or are underrepresented by the power structures of our government and communities. Those who violate these rights and expectations need to be held accountable.

The hearing delayed the House for all of Wednesday and into Thursday and resulted in the House Ethics Committee recommending to immediately suspend Rep. Aaron von Ehlinger (R-Lewiston) without pay or benefits AND to expel him. On Thursday afternoon, Rep. Ehlinger decided to resign rather than face a House floor vote on his suspension and expulsion. While the Legislative process has ended with respect to his charges, we await the final outcome of future legal action.

While the House dealt with these issues, the Senate took much of the week off. Hopefully, work on passing budget bills and other critical actions to keep the State of Idaho from shutting down will commence next week and this session will finally come to an end. Stay tuned! 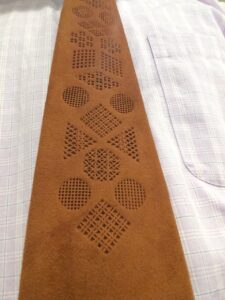 This week was one of a kind, and this tie is one of a kind. It’s from Espana, and is my only suede tie. Something else that was smooth this year was working with Abbie Abramovich, ICL’s legislative intern. She helped me throughout this challenging session, tracking bills, attending hearings, ensuring that my lobby reports were turned in on time…and I thank her! Thanks for your work Abbie and best of luck in all your future endeavors, I’m glad you’ll be sticking around for a few more months!

Until next week….(it just keeps going).