2021 Session: Back with a vengeance

The legislature returned this week after a two-week COVID recess. If you thought they would’ve come back with a more measured and thoughtful approach to policymaking, you’d have been wrong.

Instead, the week started off with a fiery speech from freshman Rep. Ben Adams (R-Nampa) who decried assaults on our liberties, harkening to the words of Patrick Henry and Thomas Jefferson. Rep. Adams said “the winds of tyranny have ignited a flame” and the time is now to “water the tree of liberty with the blood of tyrants from sea to shining sea.”

The House State Affairs Committee followed Rep. Adams’ lead and sent House Bill 322 to the full House. HB 322 would give the Federalism Committee the ability to challenge and “pause” any federal law, regulation, or court ruling. With 10 members of the committee, a quorum could consist of six, and a simple majority is all that’s required, meaning that four members of this committee would have the power to halt the implementation of any federal law, regulation, or ruling in the state. The committee would have supreme constitutional power, in fact, they’d arguably have more power than the U.S. Supreme Court in Idaho. Let that sink in for a minute…

As you might have guessed, the Attorney General found that the law “may lead to unlawful actions that ultimately will be struck down and could subject Idaho to liability.” Oh, that’s what the Supremacy Clause means?

In addition to HB 322, which allows for federal nullification, the Legislature also approved the permanent establishment of the Federalism Committee. The committee is intended to serve as a bulwark to prevent the erosion of our constitutional freedoms and state sovereignty. Unfortunately, the committee appears poised to thumb their nose at both the Idaho and U.S. Constitutions, both of which declare, the U.S. Constitution is the “Supreme Law of the Land.” 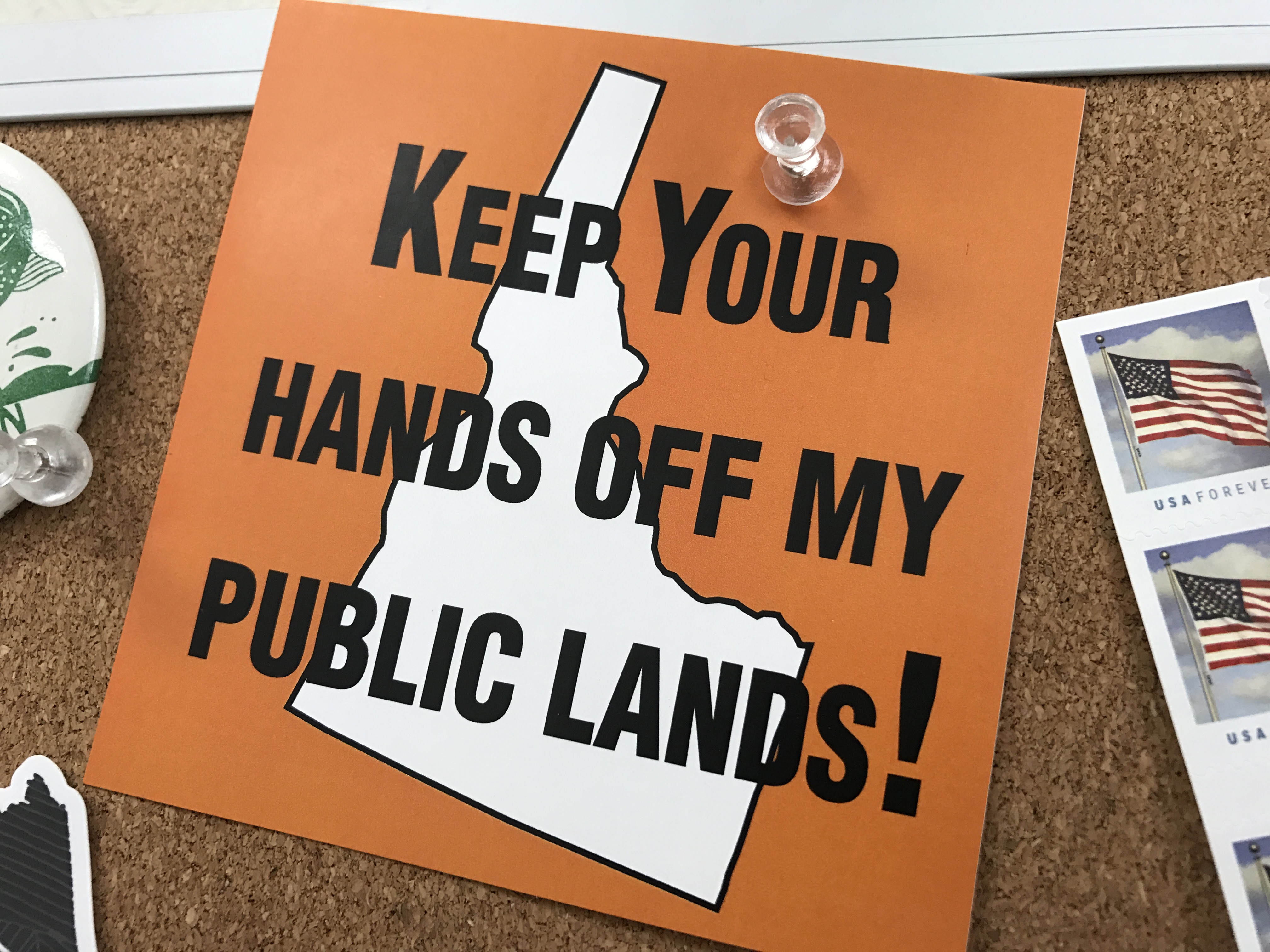 The two-year committee was supposed to sunset on June 30, 2021, which would’ve made sense, since they didn’t even comply with the requirement to have two meetings a year. Nonetheless, the Senate agreed with the House that this should be a permanent forum of the legislature. So far, the committee has been mostly concerned with public lands issues and developed HCR 08, which allocates $250,000 for a “pilot program” to study how to demand more money from Uncle Sam to compensate counties for lost property tax revenue (pitched by an out-of-state consulting firm). Don’t pay attention to the fact that the Idaho Constitution says not once, but twice, that public lands “shall be exempt from taxation” and don’t worry about the Property Clause either…

Unfortunately, HCR 08 was approved by a razor-thin 19-16 majority this week, with impassioned opposition from Sen. Jim Guthrie (R-Inkom) and Sen. Michelle Stennett (D-Ketchum), who argued that this bill represents a waste of money, since we already fund the University of Idaho to do natural resource research for the legislature, and U.S. Senators Mike Crapo and Jim Risch recently introduced a bill to look at the issue at the federal level, where it belongs.  There are productive bipartisan conversations going on right now to stabilize and guarantee fair payments to all counties. HCR 08 is an unneeded distraction and doesn’t contribute that those conversations. Since its a “Resolution” that means that Governor doesn’t sign it, but there will still be funding decisions and solicitations that we’ll be watching in the months to come.

You’ll have to pay for the undercoating too! 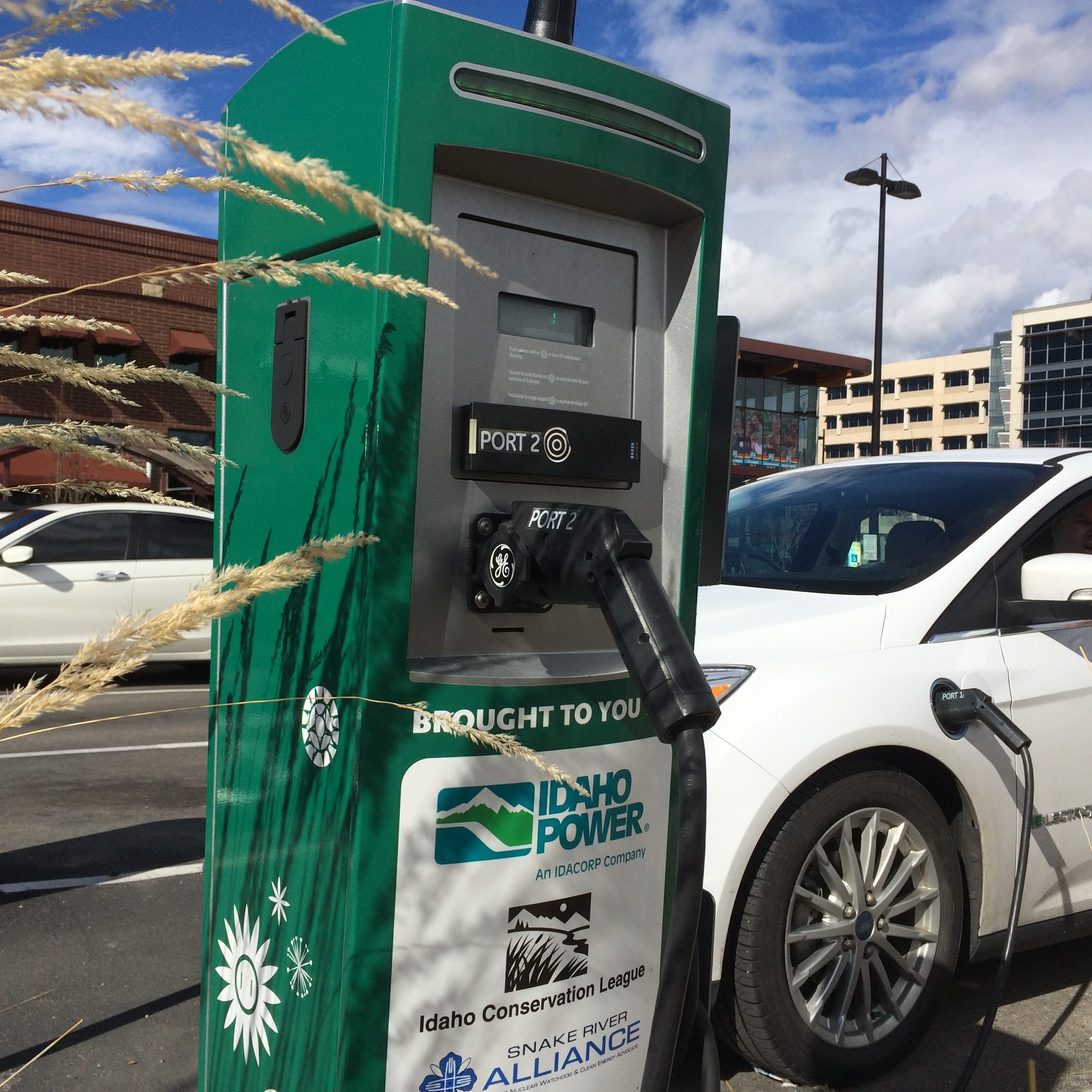 Despite the fact that the legislature is looking to wrap up the session in a couple of weeks, they are still introducing new bills, including one attacking Electric Vehicles (EVs) that drew immediate opposition from Idaho Power.

Rep. Joe Palmer (R-Meridian) once again demonstrated his disdain for EVs, when he introduced a measure to punish EV owners by more than doubling registration fees from $140 to $300. The fact is that the auto industry and consumers are moving quickly to embrace EVs. Unfortunately, Idaho is going to be left in the slow lane, with disincentives for the purchase of EVs, and insufficient charging stations and infrastructure needed to support the reality of our EV future. We are hopeful that since it’s so late in the session, that this bill won’t advance.

This week, the Idaho Senate also sent HB 239 to the Governor’s desk for his signature. The bill seeks to weaken rules designed to protect public health and the environment associated with the design and construction of phosphogypsum waste piles. The bill also represents an end run around the negotiated rulemaking process.

Southeast Idaho, near Soda Springs, is home to some of the most significant phosphate ore deposits in the country, accounting for roughly 22% of the total domestic supply. Once this ore is taken out of the ground, large industrial plants nearby process it to produce chemical fertilizers and pesticides, like Roundup.

The processing of phosphate ore to produce phosphoric acid creates a byproduct called phosphogypsum, a toxic and radioactive waste that is generally high in silver, cadmium, selenium, and radium-226 (a radioactive isotope) concentrations. Phosphogypsum is stored in piles, known as gyp stacks, that stretch over hundreds of acres and stand hundreds of feet tall.

Despite the fact that Florida is currently reeling in the face of a gyp stack catastrophe, the legislature approved the measure with minimal opposition. As a result, we’re calling on the Governor to protect our clean water and the integrity of the administrative rulemaking process. Join us in asking for a VETO TODAY!

TOTW: Tyranny is in the eye of the beholder 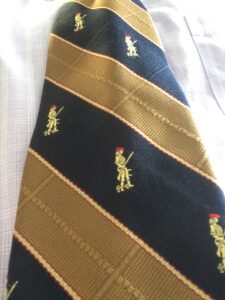 James Madison, Alexander Hamilton, and George Washington were considered the key architects of the U.S. Constitution in 1787, and William Claggett was the president of the Idaho Constitutional Convention in 1889. The debates were long and tumultuous and over the years, both the U.S. and Idaho Constitutions have been amended dozens of times. That said, they have stood the test of time and helped to maintain the health of our state and nation over decades. That’s why we’re so concerned that some seek to ignore the clear words of the Constitutions and try to turn the guiding documents on their head. After all, what does the Supremacy Clause mean, if four legislators can upend it? In the end, tyranny and constitutional adherence appear to be in the eye of the beholder. But when it’s written in black and white, is there really room for debate? While you ponder that question, I hereby dedicate this tie to James Madison, Alexander Hamilton, George Washington, William Claggett and other members of the Constitutional Conventions.

Until next week….when the #IdLeg will hopefully be finishing up their work (fingers crossed)!