In terms of water, lands, and wildlife, here are some of the week’s highlights.

Committees are wrapping up their annual consideration of administrative rules, but it’s still unclear whether the long-running dispute over the process will be resolved. That means the Governor may again be forced to reissue all administrative rules when legislators adjourn the session. 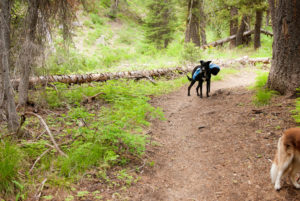 We were also encouraged that the Idaho Department of Fish and Game, Fish and Game Commissioners, and the Senate Resources Committee appeared open to revisiting the issue of trapping in and near recreational areas. Sen. Michelle Stennett (D-Ketchum) shared her harrowing account of her dog caught in a wolf trap, while out on a snowy walk with friends. It’s common for pets to be trapped as Idaho rules allow camouflaged traps as close as 10 feet away from trails and on the edge of public roads, without any notification or signs.

It wasn’t smooth sailing for Clean Water Rules in the House Environment Committee. These rules were held until Monday, Feb. 8 for further consideration.

ICL is closely monitoring two do-overs that may be proposed by some members of the Idaho Association of Counties. 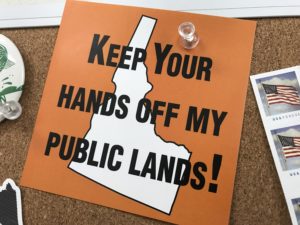 Like a failed attempt in 2017, a “No Net Loss of Private Lands“ bill could limit state and/or federal land managers from buying land from willing sellers in certain counties, even if it benefits wildlife, increases recreational access, and/or protects clean water.

The IAC may also push a proposal similar to HCR 38, a failed resolution from 2020. The new measure would allow an out-of-state public lands opponent to conduct an expensive “pilot program“ in a handful of counties, in a futile attempt to tax public lands. Problem is, the Idaho Constitution prohibits just taxation of public lands, not once, but twice (see Article VII, sec. 4 and Article XXI, sec. 19). What’s more, IAC’s own analysis shows that eliminating Payments in Lieu of Taxes and other federal payments in favor of taxing the land would cost the state millions. We recognize the uncertainty of federal payments to counties, which is why we’re working with Idaho’s congressional delegation to find realistic long-term solutions to these challenges.

We’ll be watching these bills closely and look forward to working with you to defend Idaho’s public lands.

For years, the dairy industry in the Magic Valley has struggled to manage the volume of manure from an estimated 425,000 cows in the region. It amounts to a staggering 50 million pounds per day stored in lagoons and spread on adjacent fields, including high concentrations of phosphorous and nitrogen. According to a recent ICL report, these pollutants are already increasing in the region’s groundwater. Plain and simple, the status quo isn’t working.

That’s why we’re concerned about a bill proposed by the Idaho Dairymen Association to weaken limits on phosphorous, especially on the shallow soils above the Snake River and its associated aquifer. In a report on the topic, the Idaho State Department of Agriculture detailed how the position of dairy producers was not supported by the best available science. We hope to work with dairy advocates and area legislators to address our concerns and improve the bill.

Speaking of science, the TOTW 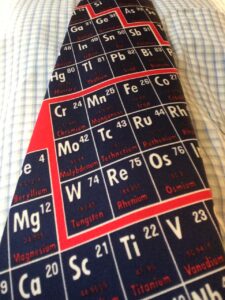 For years, the legislature has struggled over including climate change in K-12 science standards. Earlier this year, the State Board of Education got a sneak peek at the draft, which was just released for public comment. Not many changes were proposed, but we’ll be taking a closer look. We encourage you to submit comments but it’s unfortunate the Idaho State Department of Education opened a comment period without providing any info. Until we get more details, you can email the SDE’s Melissa Knutzen and keep an eye out for a Take Action on the ICL website soon.

With that, this week’s tie is dedicated to the scientists, schoolteachers, and Idahoans who have spoken up to ensure that science remains a foundation of our children’s education! Stay tuned next week for more on water quality, wildlife, public lands, climate, and more!