The Idaho Legislature has introduced nearly 500 measures, but only 17 have so far landed on the Governor’s desk almost 2 months into the session. For comparison, in 2017, the legislature had already delivered 4 times as many bills for the Governor’s signature. With many spending bills still awaiting consideration, along with potential tax cuts, and a slew of possible Governor vetoes, there’s a good chance legislators could still be in the building into May. Despite the fact that the bill introduction deadline passed several weeks ago, we’re still seeing many new bills coming forward and it remains a very challenging session. That said, we are seeing some progress, so without further ado, let’s get to it… 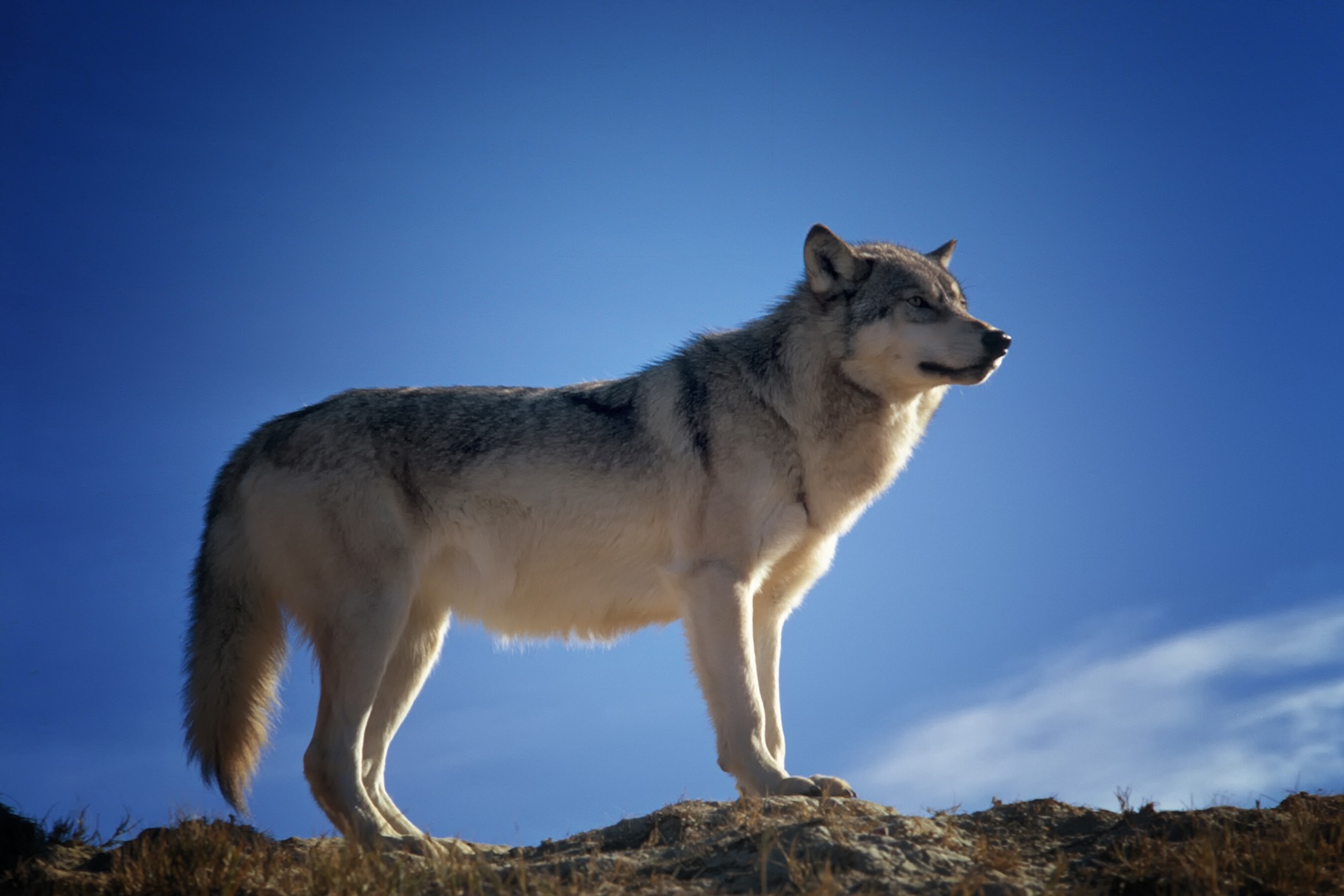 Sen. Van Burtenshaw (R-Terreton) introduced a bill earlier this session that would have allowed year-round, unlimited hunting for wolves (from the back of moving ATVs and snowmobiles, even). It was only introduced last week but has been withdrawn from further consideration.

House Bill 238 would have violated the Idaho Wolf Management Plan adopted in 2002, which promised that wolves would be managed under Big Game provisions that provide for seasons, bag limits, reporting, and population monitoring.

The bill could have landed wolves in Idaho back on the Endangered Species Act. And based on the bill’s quick and relatively painless death, it’s obvious that others agreed.

Each year, the Idaho Legislature sends a love letter to the White House, Congress, and others that they simply adore the four lower Snake River dams (LSRD), downstream of Idaho in Washington. And each year, a federal judge rules that the federal government must do a better job protecting and restoring salmon. No doubt, the dams mean a lot to power producers, grain shippers, and others, but they come at a tremendous (and rising) cost to ratepayers, Idahoans, and salmon. 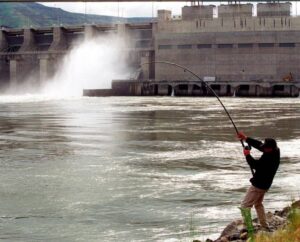 Memorials and resolutions are little more than “hankies in the wind” as U.S. Attorney for Idaho (retired) and former Senate Majority Leader Bart Davis called them. This memorial includes many inaccuracies. For starters, the four LSRD do not provide flood control nor store water for irrigation. The LSRD produce, on average, less than 1,000 MW per year, amounting to just 4% of the region’s total energy production. And finally, scientists agree that the most important factor in the downward spiral towards extinction for wild salmon and steelhead are the four LSRD, and that the only way to restore these fish to abundance is to breach the dams.

The good news is there’s an alternative and we encourage you to learn more about the comprehensive proposal that U.S. Congressman Mike Simpson (R-ID) has laid out. While still just a framework, the proposal charts a path to the future by modernizing our energy grid (let’s not be Texas!), overhauling our transportation system and irrigation, investing in clean water, and restoring the lower Snake River to save Idaho’s salmon and steelhead. Learn more and take action!

Rep. Judy Boyle (R-Middleton) introduced House Bill 279 this week in the House State Affairs Committee. The bill would permanently extend the Federalism Committee that was established in 2019. The committee has failed to produce a single report and instead was described by the sponsor as a forum for citizens to have their voices heard.

One of the co-chairs of the committee, House Assistant Majority Leader Jason Monks (R-Meridian) found the committee to be such a waste of time that he left it because he had “other priorities.” The committee was set to expire on June 30, 2021, but HB 279 would make it permanent. Somehow it’s only expected to cost taxpayers $15,000 to fund it forever. To boot, the existing law requires the committee to meet twice a year, and last year they only met once. It’s a 2-year-old law, they’ve already violated it, and now want to make it permanent?

According to the bill passed in 2019, the committee was to “evaluate whether federal acts, laws and regulations are authorized by the United States Constitution or if they violate the principles of federalism.” Instead, it’s being used to advance pet projects like the $250,000 “pilot program” to study federal land payments. Instead of spending all that money (which is only the tip of the iceberg), the legislature should simply spend 0.55¢ on a stamp. Both of Idaho’s U.S. Senators Mike Crapo and Jim Risch are in the middle of discussions about how to stabilize and fully fund Payments in Lieu of Taxes, and a discussion with them or a letter of support would be far more meaningful than a fancy study that Ken Ivory, a noted public lands opponent, suggested: “could plug in any numbers that you want…”

Speaking of the Constitution…

It’s not every day that five former Idaho Attorneys General get together and agree. But that’s exactly what happened this week. Former Idaho AGs, from both parties, joined forces to send a clear message “the Idaho Constitution is under attack…from Idaho legislators.”

The effort includes former AG and Supreme Court Chief Justice Jim Jones, Wayne Kidwell, David Leroy, Al Lance, and Tony Park (and friends). Collectively, they’ve served for many decades to represent the legal interests, as AG or in the Idaho Supreme Court and are committed to “blow the whistle on legislation that threatens the integrity of the Idaho Constitution and use every legal avenue to oppose it.” Three of the bills we’ve reported on include HB 118, HB 101,  and SB 1090.

Aside from the Office of the AG who took the unusual position of opposing each of these measures (and issuing a comprehensive legal opinion), ICL has been a lonely voice standing up against the powerful interests that are trying to curtail the AG’s role in the state. It threatens our public lands, waters, air, and also our pocketbooks. It appears that HB 101 may be the only remaining bill with a pulse among the three, but others seek to limit voting, restrict the Governor’s powers, and the citizens’ initiative process.

Senate Bill 1110 on citizen initiatives passed the Senate (46-9) this week with Sens. Dan Johnson (R-Lewiston) and Jim Woodward (R-Sagle) joining the Democrats in opposition. It should receive close scrutiny from the Governor, AG and the courts (if it passes) and ICL agrees that it would undermine the inalienable Power of the People guaranteed by the Idaho Constitution

In other news: Phosphate, tailpipe emissions (from cows and cars), and energy efficiency

The bill from Sen. Mark Harris (R-Soda Springs) and Rep. Marc Gibbs (R-Grace) to limit groundwater monitoring at toxic sites (known as phosphogypsum stacks) advanced to the House Floor and is expected to be considered next week in the Senate. Also, a bad emissions bill HB 154 passed the House, it would allow Canyon County to ditch their vehicle emissions program and could result in dirtier air in the Treasure Valley. We encourage Sen. Den Hartog (R-Meridian) to hold the bill and clear our air.

Speaking of stinky things, HB167 would allow for more cow poop to be disposed of on fields, even if science doesn’t support it. Cow poop is a leading cause of significant ground and surface water pollution in the Magic Valley. It advanced through the Senate Agriculture Committee but did have bipartisan opposition. Many important Snake River issues were discussed at the hearing.

Other bills were introduced regarding building codes. HB 254 was sent to the House for potential amendment, and it sounds like HB 274 may be dead for the session. Both fiddle with building codes, and attempt to preclude changes by preventing electric vehicle (EV) and energy efficiency codes for new homes. It’s ridiculous that some Idaho legislators are shortsighted and can’t envision the reality of a future filled with EVs.

Finally, I give you the Tie of the Week! 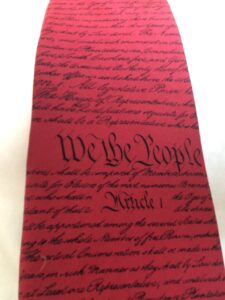 This one’s for you Jim, Wayne, Tony, Al and David. Thanks for standing up for the Constitution! Like all of us, they’re concerned about our future and the Idaho Legislature’s assaults on Idahoan’s rights. We encourage you to reach out to your legislators and let them know that you will not stand for these assaults. Speak up, Speak Out, and Join Us!