The Idaho Legislature crossed the 100 day mark this week, making it the 3rd longest session in Idaho history. There was lots of action, including failed veto overrides, an ethics investigation, the introduction of several new bills, plenty of grumbling, griping, and even some growls.

One of those new bills, introduced by the livestock industry, moved at breakneck speeds and will loosen restrictions on wolf harvest across the state. Despite their willingness to quickly move on to certain priorities, the House continues to drag its feet on over 20 must-pass appropriation bills, including funding for schools, teacher salaries, the Attorney General, and Medicaid. The Senate got so frustrated, they took off at 4 pm on Thursday for along weekend.

The House quickly followed suit on Friday morning, after introducing a resolution (at a last minute hearing) that would have the #IdLeg recess until September 1 to reconvene. What that means is that the legislature will probably meet for a couple more weeks to conclude their budget work. Then, if the Senate agrees, the Legislature will reconvene in September to consider some of the implications following the release of the Census numbers.

Outside the statehouse, a federal judge ruled that the federal government must do more to protect grizzly bears in the Centennial Mountains near Dubois and Island Park.

Let’s cover the issues one by one… 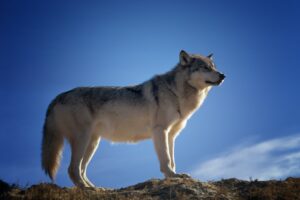 The Idaho Cattlemen, Woolgrowers, Farm Bureau, and Trappers Association supported a measure sponsored by Sen. Mark Harris (R-Soda Springs) that would expand wolf hunting year round on private property across the state, allow unlimited bag limits, and expanded methods of take that are currently allowed for coyotes. That means you can run them over with your snowmobile, use night-vision goggles, and hunt over bait. The goal, according to Sen. Van Burtenshaw (R-Terreton) is to reduce wolves as much as possible.

The problem is that the agreement for delisting wolves from the Endangered Species Act states that IDFG must have authority, not the legislature; that wolves will be managed similarly to other big game, not persecuted; and that the wolf population be maintained to allow connections with other wolf populations. .The delisting rule also states that if there is a change in State law or management objectives that significantly increase the threat to the wolf population, the US Fish and Wildlife Service could reconsider listing. The Idaho Legislature is inviting the USFWS to resume the management of wolves in Idaho, something that Idaho has sought to avoid.

The legislation also undermines the role of the Idaho Fish and Game Commission that was established pursuant to a citizen’s initiative in 1938 to remove politics from the management of our wildlife and fish populations. That’s one of the reasons why the Idaho Fish and Game Commission voted to “not support” this bill, too bad the Senate didn’t even wait for them to weigh in.

If the legislature can do an end run around the Commission on wolves, what would prevent them from meddling with management of elk, sage-grouse or cutthroat trout? The bill also forces IDFG to triple hunter and angler fees which in return will be used to fund private contractors and government agencies to kill wolves.

It’s also notable that despite the fact that cattlemen and others said that this was a “great collaborative effort”, they didn’t involve the IDFG, USFWS or other wildlife advocates. In a Freudian slip, Sen. Burtenshaw actually said in the House hearing, that “it took a lot of collusion to make it happen.”  Truth is stranger than fiction…

On Friday morning, with only 6 minutes given for public notice, the House Ways and Means Committee introduced a resolution that would have the legislature recess for 3 months, after they finish their business at hand, reconvening on September 1. According to sponsor Rep. Megan Blanskma (R-Hammett), the resolution is designed to address questions that may arise following the release of census numbers. And since it’s a resolution, it doesn’t need the signature of the Governor.

The census is not likely to result in Idaho receiving an additional Congressional House seat. , But it is likely to influence several of the 35 legislative districts. It may seem boring, but redistricting is really important, especially if you care about air, land, water, wildlife, and a functional democracy…

It also appears to be an attempt to restrict the Governor from approving federal Covid funds without the consideration and approval from the legislature.

A federal judge ruled that the federal government must do more to protect grizzly bears in the Centennial Mountains of Eastern Idaho from the impacts associated with continued sheep grazing.

The Pocatello State Journal reported on the recent phosphate mining bill and concerns from the Portneuf Resource Council, who are concerned about impacts to their groundwater from new “gyp stacks.” 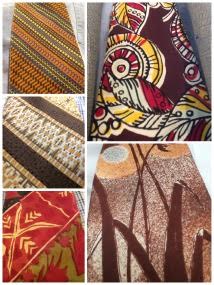 For decades reporters, advocates, lobbyists and even some legislators have broken out their ugly neckwear as sessions drag on. It’s a strategy designed to encourage legislators to head for their homes. As we crested the 100 day mark, a single ugly tie wasn’t enough for this year. So I bring you the Tie Collage of the Week (TCOTW).

The press plays a critical role in keeping us informed. From our drive time radio to the minute-by-minute play by play from Betsy, to the informed discussions of Idaho EdNews to the newest online publication the Idaho Capitol Sun, to the biting commentary from Bill and Marty at Lewiston Tribune, we rely on the reporting from Keith and Rebecca at the Associated Press, and all the other media who shed light on our government.

Especially on the birth and death-day of the great William Shakespeare, we salute our friends, the writers, the scribes, the producers, the editors, the printers, the proof-readers, the distribution teams, and others who bring us our news! Here’s to a free press, now and forever.

Until next week….(it just keeps going).