It was another tumultuous week in the Idaho Statehouse with long days, stop-and-start sessions, hours-long caucus meetings, and both action and inaction on a number of big ticket items. The Senate got so frustrated they simply called it quits on Wednesday morning and went home. Sometimes we all feel like doing that, but we can’t. Because we have jobs.

Don’t worry, they’re still getting their per diem payments.

Contributing to the Senate’s frustration is that 3 months into the session, the House is still introducing new bills and rejecting budgets. Among the casualties this week was funding for the Department of Health & Welfare and public universities, schools, and teacher salaries.

The House Environment and Senate Resources Committees did find time to hear a proposal to shift the Oregon border westward, almost doubling the size of Idaho. Some Oregonians are frustrated with the decisions coming out of their Statehouse.

Whether it’s seceding from your state, unfriending your cousin on Facebook, or slamming the door on political opponents, the solution to frustration is not more isolation and division. Instead of receding further into the comfort of our political bubbles, we need to find ways to sit down with adversaries, discover the facts, and find common ground to actually solve problems. That’s the Idaho way, and that’s what leadership is all about. Unfortunately, that leadership seems to be lacking in the Idaho Statehouse. 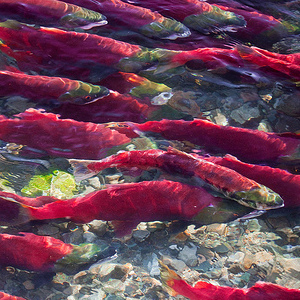 Yesterday, a dozen Tribes from the Pacific Northwest, including from Idaho, Oregon, Washington, and Montana, issued a strong statement in support of Rep. Mike Simpson’s Northwest in Transition proposal to restore salmon and stabilize energy, agriculture, and transportation in the region.

The Tribes acknowledge that “the true wealth of our region begins with the health of our rivers, fish and the ecosystem they support, which is our culture, history, and future…recognizing that agriculture is an important part of our region’s economy,” and that the “time for action is now.” We agree!

The announcement follows another from American Rivers, who listed the Snake River as the Most Endangered in the United States in their annual report this week.

Much of Idaho is already started to show signs of a drought, with extreme conditions in the Pioneer Mountains, which should still be buried under 6 feet of snow… 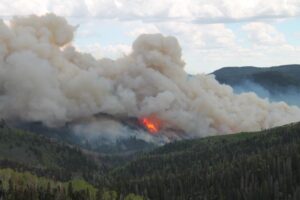 Further north, two fires started this week near Kooskia along the Clearwater River. They were both quickly contained, but they’re a signal of what’s to come in light of climate change, earlier snowmelt, changes in precipitation, and higher temperatures. It seems early, but science has shown that what we’re seeing is the reality of climate change. These changes are leading to longer fire seasons that challenge firefighters and communities alike. This week, there was also a flurry of news that climate change could affect Idaho potatoes and the french fries that are the end result.

At the same time, the Idaho Legislature has struggled to come to terms with the inclusion of science in our K-12 education standards. The House Education Committee is working on another letter and, based on some of the discussions this year, we are hopeful that Supporting Content, a critical component of the science standards, may be added back in. In the coming month, keep an eye out for how you can weigh in with the State Department of Education to promote sound science in our schools…

On Monday, the budget writing committee approved a bill that would fund the $250,000 “pilot study” to assess the taxable value of federally-administered public lands in Idaho. Unfortunately, the early draft doesn’t seem to align with HCR 08 that passed last week.

The study would be used to demand more money from Uncle Sam to compensate counties for lost property tax revenue. As we’ve said before, don’t pay attention to the fact that the Idaho Constitution says not once, but twice, that public lands “shall be exempt from taxation.”

We were waiting to see if the Governor would veto HB 239, which deals with toxic gyp stacks, the piles of waste that remains after phosphate is processed. On Friday afternoon we learned that he did sign the bill. ICL and others, including the Idaho Organization of Resource Councils and hundreds of Idahoans from across the state, called on the Governor to veto HB 239 but he signed the bill that represents an end run around the rulemaking process and eliminates the ability to issue emergency rules.

The House also approved the Attack on Citizen Initiatives, which is due for a signature, or VETO by 11:10 a.m. on Saturday. We’re hoping for a Veto, Fingers crossed!

The Chairmen of the Senate State Affairs and Senate Resources Committees announced that the Attacks on the Attorney General are dead. That’s what we were hoping, but it’s good to hear it officially.

The House failed to achieve the necessary two-thirds majority needed to amend the Idaho Constitution to prohibit legalization of cannabis or other drugs.

Next week, we are hearing rumors of a new wolf bill that would seek to expand wolf removal in Idaho, that could lead to a relisting of the species under the Endangered Species Act. 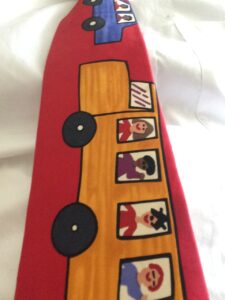 The Idaho Constitution makes it clear that our children are entitled to a uniform, thorough and free education. As our most precious resource, this week’s tie is dedicated to all the students, teachers, counselors, professors, and others across the state who are dedicated to promoting the education of our children.

And join me for a short webinar on Tuesday, April 20 at 6 pm MDT to learn about the wonderful world of Morels. They’re starting to pop, I can sense it!

Until next week….when the #IdLeg will hopefully be finishing up their work (fingers still crossed)!