The #IdLeg will resume on Tuesday, April 6, after a two-week Covid-caused recess. When they return, word on the street is that they’ll be looking to wrap up in 2 to 3 weeks, with a focus on approving the budget.

While both House and Senate Committees have been ordered to “shut down.” We expect to see a handful of new bills introduced, but it’s unclear whether they’ll make it all the way to the Governor’s desk.

Even with legislators at home, with increased digital access, they’re still having discussions and participating in meetings. Some are likely dreaming up even more extreme proposals.

Last week, the Governor vetoed his first measure after I’d already drafted my post. It wasn’t a bill we were watching though, it was an Idaho Tax Commission bill. Speaking of taxes though, there were some developments re: the Payment in Lieu of Taxes resolution that we’ve been watching… 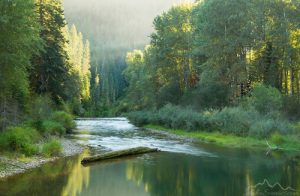 Several weeks ago, we reported on the Senate State Affairs Committee vote to advance HCR 08 to the Senate with a “do pass” recommendation. As yet, they haven’t voted on it. HCR 08 is Rep. Wendy Horman’s (R-Idaho Falls) attempt to allocate $250,000 for a “pilot study” to have the Federalism Committee investigate the federal Payments in Lieu of Taxes (PILT) program, which compensates counties for non-taxable public lands in their counties. The “full” study would cost the state ~$2.5 million.

The good news is that U.S. Senators Crapo and Risch have introduced a bill in the U.S. Congress that would make HCR 08 moot. Instead, they want to pay for a study on tax equivalency for the entire country. While they propose to pull the money out of the Land and Water Conservation Fund (not a good idea), it demonstrates once again that there are serious discussions about county payment reform in the U.S. Congress and HCR 08 is a waste of time. HCR 08 could be up on Tuesday in the Idaho Senate. Take a moment to let your Idaho Senator know that you oppose HCR 08! 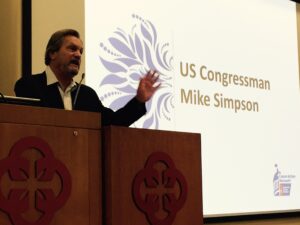 Rep. Mike Simpson was on the road this week, with presentations to county commissioners, legislators, and key interests in Gooding, Twin Falls, Boise, and Shoshone, to name a few. He’s promoting his Northwest in Transition proposal, which includes $33.5 billion for energy, agriculture, and transportation, and restores our native salmon and steelhead runs through the removal of the four lower Snake River dams. Others are talking about his proposal, including Dr. Snyder in a great op-ed that ran in the Post Register, and Advocates for the West, who hosted a webinar on the topic. ICL also recently posted a useful FAQ document, which helps dispel some myths, rumors, and misunderstandings about the proposal.

Attacks on the Attorney General = dead?

From what we’re hearing House Bills 101 and 118, and Senate Bill 1090 appear to be dead for the session. It’s only an unconfirmed rumor, but we’re hearing from enough different sources that it appears reliable. As we’ve reported,

We’re thankful that these bills appear to be dead for the session, but we’re not counting any of our chickens until the final gavel falls on the 2021 Idaho Legislature.

Whether you’re rich, poor, young or old, rural or urban, chances are you’ve made a connection with a dog, cat, or other pet at some point in your life. Last week, I lost one of my dogs who’s been by my side for the last decade. Through thick and thin, through the birth of children and the deaths of loved ones, through all the trials and tribulations of serving as ICL’s lobbyist, he was always there. But from each chapter starts a new beginning, spring is the time of rebirth and renewal, celebrate the season! So, on that note, I bring you the TOTW, dedicated to the memory of my buddy, Kirby. Until next week….when the #IdLeg will be back at it.