#IdLeg, not the only game in town

The #IdLeg was not in session this week, after they announced a 2-week Covid-caused Recess that extends until Tuesday, April 6. Legislators are still receiving their per diem payments, and some of them remain hard at work from their homes, or sipping Mai Tais on the beach…My fear is that we’ll soon see a rash of even more extreme proposals introduced after this mid-session “work period.”

How much appetite will there be to advance such measures this late in the session? Most legislators (we hope) will want to complete consideration and approval of the state budget, along with other measures that have passed in either the Senate or the House, but not the other. Committee Chairs have been instructed to “shut down their committees.” So, while we may see some bills introduced, it’s unlikely many of the new bills will advance. Instead, it’ll be a preview of the 2022 session.

The Legislature isn’t the only game in town, though,…

The Governor is still at work reviewing and signing bills. So far he hasn’t vetoed any, but he did issue a cautionary note when he signed two cow manure-related bills this week. It also only took the Governor about 18 hours to extend the Tax Filing Deadline to May 17, since the Legislature wasn’t able to pass an extension in two-and-a-half months. He also announced this week that all Idaho residents over 16 are eligible for the vaccine. And he testified before Congress on the success of public land collaboratives.

Rep. Mike Simpson has also been active this week, with presentations to Pacific NorthWest Economic Region (PNWER), the City Club of Boise, and others promoting his Northwest in Transition proposal to make needed investments in our energy, agriculture, and transportation sectors, while restoring our native salmon and steelhead runs through the removal of the four lower Snake River dams. He rolled out new details about the proposed fund to offset increased costs for grain shippers with $3.5 billion. He also provided more detail about how the proposal can stabilize energy production, water availability, and transportation, while restoring salmon and steelhead runs to Idaho’s Snake, Salmon, and Clearwater Rivers, and preventing extinction of these iconic fish.

There was also action around the state on issues related to the Idaho Supreme Court, funds for DEQ, and local, state, and federal land management.

The Idaho Supreme Court rejected a lawsuit from the Idaho Freedom Foundation to undermine Urban Renewal Districts in Idaho. Speaking of lawsuits, the Governor is sitting on Senate Bill 1022, which would appropriate $4 million to the Legislature’s Legal Defense Fund. The Legislature has drained the account by spending about $8.5 million of your tax dollars over the last four years. They paid $1 million to one lawyer alone last year out of the account, about 7 times what the Attorney General makes. The deadline for the Gov’s signature is March 27 at 10:18 a.m. You can track all the Gov’s vetoes, signatures, and “transmittal letters.”

Speaking of lawyers and costs, it appears that the three bills (HB 101, HB 118, and SB 1090) that sought to undermine the Attorney General may be in troubled waters. All three appear to be stalled out, but as we often see in the waning days, crazy things can happen. We encourage you to take a moment to reach out to your legislators and let them know which law you’re most concerned with. There’s plenty to choose from: Attacks on the AG, Attacks on the Governor, Attacks on science, Attacks on public health districts, Attacks on wolves, Attacks on citizen initiatives, Attacks on childcare…you’ve got options. 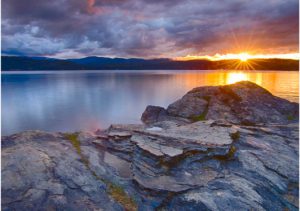 The appropriation (SB 1188) for the Idaho Department of Environmental Quality (DEQ) was also recently posted. It provides funding for numerous programs aimed at protecting clean water, clean air, and our quality of life, including $3 million for cleanup at the Triumph Mine Site, $2 million for management of pollutants in Lake Coeur d’Alene, $573,200 for a National Academy of Sciences study on Lake Cd’A, and much more.

At the more local level, a dispute between the Ada County Highway District and Garden City spilled into the Legislature earlier this month. The failed ACHD bill in question sought to exempt highway districts from local zoning rules. It all ties back to a “salt shed” that sits right above the Boise River, and we applaud Garden City and others for helping protect clean water, and holding ACHD to account for the relocation and remediation of this facility. 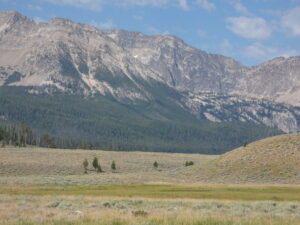 Near Stanley, a proposal from a wealthy landowner has engendered opposition from local residents. The application for an airstrip threatens the peace and tranquility of the Sawtooth National Recreation Area. That’s why ICL and many others asked the Custer County Planning and Zoning Commission to reject the application. They’ll consider it next Thursday, appropriately enough, on April 1…April Fool’s Day. (I wish it were just a bad joke…)

SOTW: Use the Force, ICL 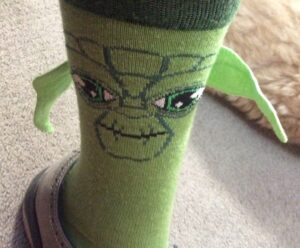 Every year, ICL opposes and supports dozens of bills in the Idaho Legislature, testifying pro or con. This year, it’s been more about opposing bills, but there have been a few that we’ve supported. When I testify in support of bills, I break out my Yoda socks. So when other lobbyists and legislators see my bright green socks with ears, they know to support the bill. I have a pair of Darth Vader socks when I’m opposing a bill. It didn’t seem that the Force worked all that well this year…maybe it was because I was testifying remotely…

Until next week….when we’ll bring you the second installment of the Legislative Update: Recess Edition.