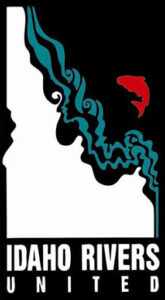 Join the Idaho Conservation League, Youth Salmon Protectors, Idaho Rivers United, Advocates for the West, and other partners for Rally for the River in Boise. The rally, which will be held concurrently with floats throughout the Northwest, will highlight the urgent need for action to restore Idaho’s wild salmon and steelhead, breach the four lower Snake River dams in Washington State, and invest in Northwest communities.

When: August 7, starting at noon.

BOISE – On August 7, conservation groups across the Northwest will host Rally for the River events to call for a comprehensive solution to salmon recovery that invests in the Northwest and breaches the four lower Snake River dams. Advocates from Idaho Conservation League, Youth Salmon Protectors, Idaho Rivers United, Advocates for the West, and other partners will float the Boise River together to show their support for a free-flowing lower Snake River. The group will launch on the river at Barber Park and then gather at Ann Morrison Park following the event to call on decision-makers to take action.

The urgency for action on this issue has been highlighted by this summer’s extreme temperatures and drought which has exposed Idaho salmon and steelhead to lethal river conditions. Instead of swimming up the Snake River, Idaho sockeye salmon are taking to the highway via Idaho Fish and Game trucks.  These organizations applaud the efforts of Idaho Representative Mike Simpson in bringing forward his Columbia Basin Initiative proposal.