The Idaho Conservation League and partner organizations are advancing an idea that’s been many years in the making — turning the Treasure Valley’s canal infrastructure into off-highway, multi-use pathways. ICL, Idaho Sierra Club, Conservation Voters for Idaho, Boise Bicycle Project, and Treasure Valley Cycling Alliance are all engaging on this project to connect Treasure Valley communities, reduce greenhouse gas emissions, and enhance pedestrian and cyclist infrastructure. Our current system for cyclists and pedestrians is limited and we want to make it better.

Irrigation Canals — A Long Coveted Solution for the Treasure Valley 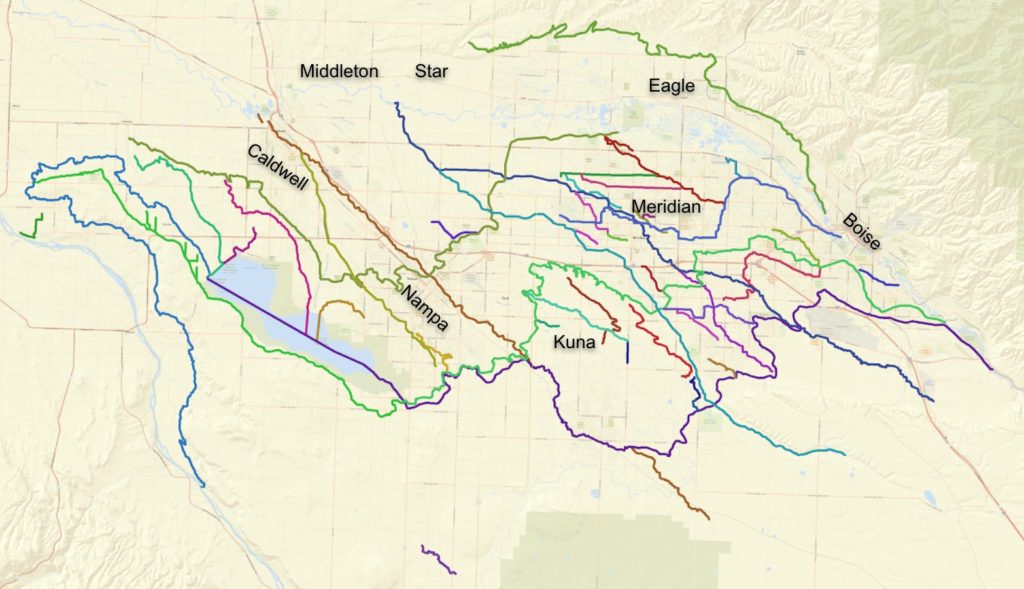 For decades folks have looked at the Treasure Valley’s vast network of irrigation canals and thought, “these should be cycling and pedestrian paths.” It’s easy to see why. These canals connect communities across the valley and would provide a path for pedestrians and cyclists away from vehicle traffic. Over the years, various groups have worked to create paths along these canals. While there are multiple, discrete sections that have been built, a broad, valley-wide connected network of paths has never materialized. We think it’s time to revamp this effort, which is why ICL is excited to be a part of this broad coalition of environmental, transportation, and community groups.

Here’s why we believe now is the time:

Like many, I love riding my bike, and I hate being stuck in traffic. Decreasing traffic not only creates a better quality of life for folks, but there are also positive environmental impacts. Transportation is currently Idaho’s biggest contributor of greenhouse gases. Fighting climate change in Idaho means tackling transportation — including building more cycling and pedestrian infrastructure.

While scrolling through social media recently I saw the type of post that is, unfortunately, becoming increasingly common – a kid was riding their bike and got hit by a car. Hearing about these events makes my heart sink, particularly now that I’m a father. My son, Noah, is five months old, and I’m already looking forward to teaching him how to ride a bike. I want Noah to feel the same sense of freedom while riding a bike that I felt when I was a kid. At the same time, I’m deeply concerned about how society views non-motorized commuters and the growing number of stories about cyclists being hit by vehicles.

If you live in the Treasure Valley, chances are you’ve seen or heard an announcement about the dangers of canals, especially for children. It’s important to remember to be careful and safe around canals, but it’s also important to consider this in context with other risks. In 2017, three people drowned in canals in Idaho. That same year, Boise alone had 20 cycling/pedestrian deaths (3 cycling, 17 pedestrians) and 319 total collisions, with 26 serious or disabling injuries or deaths.

Everyone deserves to be safe, regardless of their means of transportation. Canals deserve your respect, but the data shows that alternatives can be even more dangerous. In addition, studies have shown that opening trails and pathways to the public increases their safety due to increased frequency of use.

How You Can Help

Mark your calendars for 5:30pm Wednesday, Dec. 11, 2019 and join us for a volunteer orientation. We’ll discuss this project in greater detail and provide information on how folks can get involved. Location for this event is still being finalized, but if you’re interested in joining please email Austin Walkins at awalkins@idahoconservation.org to be kept up to date!