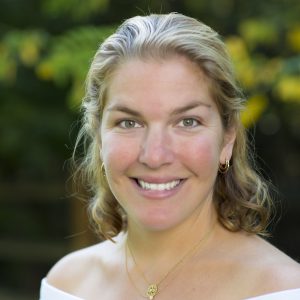 Editor’s update: Now that the first International Dark Sky Reserve in the United States has been designated right here in Idaho, we need your help! With your gift, you can be part of making the first dark sky reserve in the nation  a great success.  Thanks to generous dark sky enthusiasts,  your gift will be matched, dollar for dollar, up to $10,000. Make a gift NOW! [This fundraiser has ended.]

KETCHUM, IDAHO – An organization dedicated to protecting and preserving dark skies across the globe has designated an area spanning more than 1,400 square miles in central Idaho as the nation’s first dark sky reserve.

The International Dark-Sky Association (IDA) announced on Dec. 18 formal approval of the Central Idaho Dark Sky Reserve, the first of its kind in the United States and one of just 12 such reserves worldwide.

The reserve stretches from Ketchum/Sun Valley to Stanley, includes area in Blaine, Boise, Custer and Elmore counties and the Sawtooth National Recreation Area. The total area of the reserve is 1,416 square miles, making it the third largest in the world.

"The Central Idaho Dark Sky Reserve was created not just for locals, but for all Idahoans and visitors from across the world who can come here and experience the primeval wonder of the starry night sky," said Steve Botti, the mayor of Stanley and longtime advocate of the reserve. 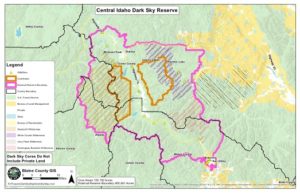 The decision by IDA culminates nearly two decades of work and policy decisions by local leaders, residents and business leaders to manage and reduce the impact light pollution can have on the region’s night skies and nocturnal environment.

Across the country, more than 80 percent of the population resides in cities and metropolitan areas where urban light pollution dilutes and distorts views of the stars and planets. Research shows the Milky Way is hidden from view of more than one-third of the world’s population and light pollution continues to grow and intensify around the world.

Supporters of the reserve say the vast area between Stanley and Ketchum will ideally help combat the use of artificial light that adversely affects the environment and can have negative and deadly effects on a variety of creatures, including amphibians, birds, mammals, insects and plants.

The IDA’s reserve designation requires public and private lands to possess an exceptional or distinguished quality of night sky, view of the stars and nocturnal environment. Reserves can only be formed through partnerships of multiple land managers who have recognized the value of quality nighttime environment through regulation and long-term planning.

"Today’s creation of the Central Idaho Dark Sky Reserve is a milestone in the history of IDA’s International Dark Sky Places Program," said IDA Executive Director J. Scott Feierabend. "That such truly dark nighttime environments still exist in the United States is remarkable, but even more impressive is the effort undertaken to protect them in this case. We congratulate everyone involved in this concerted and monumental achievement."

The Central Idaho Dark Sky Reserve represents the work and commitment by the cities of Ketchum, Sun Valley and Stanley, along with Blaine County, the Idaho Conservation League, businesses, private land owners and public land managers to protect and promote the region’s dark skies and remarkable stargazing opportunities.

"This is the culmination of a lot of work, important policy decisions and commitment by so many to manage our light pollution," said Nina Jonas, mayor of Ketchum, which earned "Dark Sky Community" designation earlier this year. "We’re pleased what this says about the commitment our communities have shown to protecting our environment and spectacular window to the universe."

The IDA also granted the Central Idaho Dark Sky Reserve "Gold Tier" status, the highest level of a semi-objective system used by IDA to rank the quality of the night sky. Under IDA guidelines, Gold-tier status is generally reserved for the darkest skies, with only a small amount of light pollution tolerated.

"This region deserves to be designated a dark sky reserve. Citizens and city leaders, planners and business owners all had a hand in achieving this goal and preserving our quality view of the world above," said Dr. Stephen Pauley, a Ketchum resident and longtime advocate for dark skies. "We should all feel good about this and take a moment to think about the benefit this leaves for generations to follow."

The Central Idaho Dark Sky Reserve represents the work and commitment from a wide range of local government partners, federal agencies and conservationists.  Here are some additional thoughts and comments from partners whose dedication and vision helped create the nation’s first dark sky reserve in the heart of Idaho.

There was once a time in Idaho when wildlife was viewed as an inexhaustible public resource.  However, by the mid-1800s, as populations of game species plummeted, it soon became evident …
Article