The second week of the session focused on considering the Fiscal Year 2023 budget and approving rules. While that may sound boring to some, many topics were not – like funding wolf removal, water quality, recreational suction dredge mining, education standards, elk farms and more!

A handful of bills have also been proposed and they deal with a range of subjects, including invasive species and K-12 education standards. The House also passed their first bill, another large tax cut…

Covid cases are on the rise across the state and in the statehouse. That’s why we’re pleased that the legislature is allowing for remote testimony and we encourage our members and supporters to try it out. Make sure to review these tips for remote testimony before you log in and note that pre-registration is required. 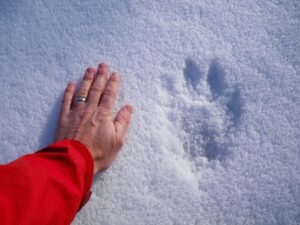 As the Idaho Legislature was wrapping up last May, they rushed through significant changes to wolf hunting rules in the state. Their goal of eliminating up to 90% of Idaho’s wolves led them to eliminate bag limits, allow night-vision equipment, and allow year-round hunting on private lands. The pending proposal would have the state allocate $1 million in FY2023 to pay USDA Wildlife Services to remove wolves that impact livestock or elk and deer populations.

At the same time, the state spends another $1 million per year to pay for crop damage from elk and deer. Go figure…

At the beginning of each session, the legislature considers Administrative Rules. These rules direct how state laws are implemented by agencies, and have the force of law. They cover everything from hunting and fishing seasons to nail salons, food safety, education standards, and everything in between. In a typical year, the legislature extends all rules so that they only need to consider new rules or amend old ones the following session. Rules are considered by germane committees in both the House and Senate and can only be rejected if both the House and Senate concur.

In 2019, the Idaho House of Representatives refused to play nice and demanded veto power over any rules they didn’t like. The Senate didn’t blink, and thousands of pages of rules expired on July 1, 2019. The Governor and his agencies stepped in to fill the gap, restoring all rules as temporary and submitting the full 6,000 page rulebook to the legislature for consideration in 2020. The House’s position hasn’t changed, so once again they forced all rules to expire at the end of the 2021 session. This will make for a confusing and long session this year, since all rules must be reconsidered. It also gives the Governor the ability to ignore concerns from legislators. 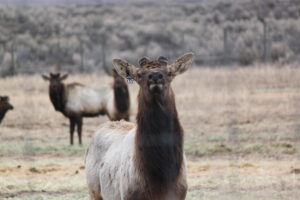 Among the rules discussed this week was an elk farm rule from the Idaho State Department of Agriculture that requires only 10% of harvested elk to be tested for Chronic Wasting Disease (CWD). While many surrounding states have outlawed elk farming, in Idaho there are 5,000 elk held in pens that can be worth upwards of $16,000+ for a “canned hunt.” Representatives Lori McCann (R-Lewiston) and Chris Mathias (D-Boise), along with Senators David Nelson (D-Moscow) and Christy Zito (R-Hammet) all raised questions during the House and Senate Agricultural Affairs Committee hearings. At the House hearing, there were suggestions to raise the minimum 10% testing requirement in statute. We agree!

Take action and ask your legislators to support increased testing of farmed elk and deer to protect our precious wildlife heritage!

This is an especially urgent issue because in November 2021, the Idaho Department of Fish and Game (IDFG) identified Idaho’s first cases of CWD, based on results from two samples that hunters submitted from wild deer near Riggins. Since then, a special monitoring hunt identified three more infected deer and one elk, bringing the total to six. CWD is a fatal brain disease similar to Mad Cow and Creutzfeldt-Jakob Diseases. The CDC, IDFG and others discourage the consumption of infected meat.

On deck: Science Standards and snails

As part of their rule review, the Legislature began discussing K-12 Science Standards. No public testimony has been allowed yet, but we hope to have that opportunity next week. House Education Committee Chairman Rep. Lance Clow (R-Twin Falls) has already introduced a measure to reject the Science Standards, which have been in the crosshairs for years. We encourage you to reach out to your legislators to let them know you care about robust science education for Idaho’s schoolchildren. Take action today!

The legislature is also set to consider Rep. Doug Okuniewicz’s proposal to eliminate the Invasive Species Sticker needed for your paddleboard or canoe, while doubling the fee for out-of-state motorized boat owners to $155. If approved, Rep. Okuniewicz says that there’d be the same amount of money to address the threat of invasive snails and mussels that have the potential to infest Idaho’s lakes, rivers, streams and canals. We’re still reviewing the bill and want to hear what you think. Are you for or against it? 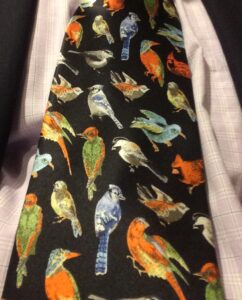 Each year, wildlife topics pop up in the Idaho Legislature like voles in the foothills. And this week, wildlife was prominent in more than the statehouse and Idaho’s wild spaces. This week’s TOTW recognizes the incredible diversity of wildlife in Idaho. From Rocky Mountain Elk to Idaho Giant Salamanders to the communities of benthic invertebrates that inhabit our lakes, rivers and streams – all are an important part of an intricate ecological web that sustains us, and are an important focus of ICL’s work. So whether you fly on wings, walk or legs, or wriggle in the muddy pools beneath our wading boots – this one’s for you!