Since the Candidate Filing Period opened on February 28, more than 150 candidates have filed to run in the upcoming May 17 Primary. If you’ve been thinking about running… you still have time – the Filing Period closes March 11.

That wasn’t the only thing going on…ICL testified before several committees on issues related to energy efficiency, climate change, public lands and more. The Senate approved a bill to end emissions testing in Ada and Canyon Counties, and a House committee approved a resolution supporting the 50th anniversary of the Sawtooth National Recreation Area.

There was also a meeting of the Federalism Committee to review proposals to evaluate potential property taxes on public lands, don’t mind the fact that the Idaho Constitution precludes Idaho from assessing taxes on these lands.

Finally, Science and Education Standards were back in the crosshairs yet again, and the House approved two measures seeking to reject the current standards and replace them with their own. We expect this will be scheduled in the Senate Education Committee soon. Sign up to testify or submit public comments. Here are talking points. A dozen students testified at the hearing that they want MORE climate education, not LESS…

Last year, the Idaho Legislature approved $250,000 for a pilot program to study the potential property tax revenue that could be generated if Idaho’s public lands were taxed. This is despite the fact that the Idaho Constitution says not once, but twice, that we cannot tax the federal government for the public lands lying within the state’s borders (see Article VII, sec. 4 and Article XXI, sec. 19).

During the Federalism Committee’s meeting, some legislators questioned why one of the two proposals submitted would look only at Canyon County, which has fewer public lands than many other counties.

The reality is that the Idaho Association of Counties already did a study and found that the current payments received from the feds actually exceeds the amount we’d get if we applied current tax rates.

Still, we agree that we need to fix the Payment in Lieu of Taxes and Secure Rural Schools programs, which offset the lost property tax value from federally-administered public lands. The payments vary from year to year based on federal appropriations, which often leave counties in the lurch as they are trying to set their budgets. But fixing these programs will require action by the US Congress, not the Idaho Legislature.

Last year’s resolution was supported by one of the companies that submitted a proposal, and we anticipate they’re likely to receive it. And while their $250,000 proposal would only cover one county, it will take another $2.25 million to complete the analysis for the entire state. Hold on to your wallets! 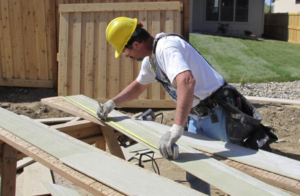 ICL testified in opposition to two bills in the House Business Committee. We were joined in our opposition by labor unions. Despite our testimony, both advanced, with one passing the House and the other awaiting a vote. Both bills still need to clear the Senate Commerce Committee, where we hope to stall them. Contact your senator to let them know that you support strong building codes that keep your utilities costs low!

The intent of the bills is to make it harder to update building codes that benefit consumers and the environment alike, and to preclude cities from adopting more stringent codes. For years, the House Business Committee has sought to undermine the codes that ensure that homes are well-built, efficient, comfortable and affordable. The reality is that ensuring homes are built to code does cost a few more dollars up front, but is quickly paid off in utility savings. Also, if cities or counties want to adopt rules for their communities, they should be allowed to do so.

Finally, one of the bills also seeks to stymie adoption of Electric Vehicle infrastructure by locking in current Electrical Codes. In 2020, the City of Boise adopted rules requiring the installation of a dedicated circuit for vehicle charging. House Bill 615 would undo those changes and ultimately make it more expensive to install charging infrastructure after homes have been built and the concrete has been poured.

Speaking of vehicles, the Senate passed a bill that will eliminate auto emissions testing in Ada and Canyon Counties as of July 1, 2023. We opposed the bill because ozone (a dangerous pollutant) still exceeds 85% of the federal standard. Anyone who lives in the Treasure Valley knows we need to do more to protect our air quality, not less. 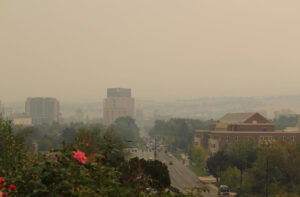 For years, we’ve reported on the House Education Committee’s efforts to water down or strip climate change references from Idaho’s K-12 Science Education Standards. Last week, the committee advanced a bill and a resolution to do just that. These measures, which are both sponsored by Rep. Lance Clow (R-Twin Falls), would also replace standards for English and Mathematics with the committee’s preferred versions.

ICL testified in opposition to the bill, because it undermines the authority of the constitutionally-established State Board of Education by mandating that they accept a revised version of the standards. We also oppose the measures because they water down climate change references and minimize other environmental impacts in education. The revised standards have also never been appropriately considered by the State Board of Education, and it is unclear how much it will cost to update assessments, training, and other materials associated with the revisions.

At a State Board of Education meeting, Superintendent Sherri Ybrarra advocated in support of the bills but her pleas fell short, partly based on her estimate that it could cost upwards of $50 million to update training, assessment and materials in line with the changes. That’s a far cry from Rep. Clow’s estimate of $375,000 included in the bill’s fiscal note. She said that when she disclosed the full cost to legislators last year, “They didn’t really care about the cost.” We’re not so sure everyone agrees with that sentiment. In the end, the State Board of Education opted not to take a position on the bill or resolution.

A dozen students testified in opposition to the bills, many making the point that they need more education on the stark realities of climate change, not less.

Last year, we saw at least three efforts to strip the Attorney General (AG) of his role representing the Idaho Department of Lands and other agencies. This year, Rep. Megan Blanksma (R-Hammett) and Sen. Mark Harris (Soda Springs) are at it again, focusing their efforts on having private lawyers represent the Idaho Department of Lands. Their fiscal note claims that lawyers will cost five times as much as we currently pay lawyers from the AG’s office, but recent records show that the legislature’s own attorney charges nearly 10 times as much. On Friday, Sen. Harris introduced yet another version, so stay tuned to the Bill Tracker for info on that and other bills.

On the “good news” front, a resolution recognizing the role that Idahoans played in protecting the Sawtooth National Recreation Area advanced out of the House Resources Committee. Sponsored by Sen. Michelle Stennett (D-Ketchum), Reps. Ned Burns (D-Bellevue) and Sally Toone (D-Gooding), the resolution celebrates the 50th anniversary of the SNRA, and has already passed the Senate. If you love the Sawtooths, let your representatives know that you support this resolution! 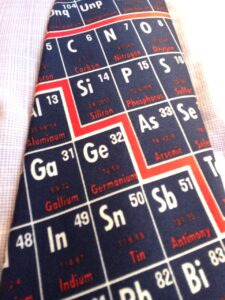 This week’s tie recognizes the importance of ensuring that our students receive a robust education that includes the reality of climate change. Every year since 2016, the Idaho House Education Committee has targeted science standards and each time, students have shown up to voice their support for comprehensive science standards. They recognize that science is an evolving discipline and that climate change should be a critical component of their studies. So this tie’s for you – Shiva, Karina, Lily, Abigail, Halley, Noor, Alexis, Mya, Nina, Ella and Jeff!

Giving Back: Two Native-led organizations to donate to on Giving Tuesday

Giving Tuesday reminds us about the importance of giving back – especially to people and organizations that are transforming our communities and the world for the better. In celebration of …
Article