Tensions are flaring up in the Idaho House of Representatives as frustration grows over committee chairs refusing to advance certain bills. Other bills are riding (or rowing) off into the sunset, while others are jumping over hurdles to make it to the Governor’s desk.

The Idaho State Department of Agriculture was on hand to discuss their ongoing efforts to prevent the introduction of invasive snails and mussels that pose a threat to our waterways, and they were joined by Fish and Game later in the week for an update on the status of Chronic Wasting Disease, which threatens deer, elk and moose. 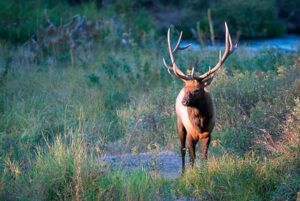 Glenn Beck, a former Fox News commentator, was in town and one topic he discussed was the supposed dangers of Environmental, Social and Governance, a system adopted by thousands of leading corporations to account for their environmental and social impacts. Sounds like we’ll see some attempts by the legislature to address this “looming threat.”

Speaking of threats, the House Transportation and Defense Committee approved a bill that allows the formation and parading of militias…Do you feel safer yet?

There was some good news: legislators are praising the proposal to invest $300 million for clean water infrastructure, a bill allocating $$ to incentivize clean up on dairy and beef feedlots passed the house, a resolution recognizing the Sawtooth NRA moved forward, and a bad public lands bill is stalling out.

Without further ado, let’s get on with it…

On Monday, the Senate Resources and Environment Committee unanimously approved a resolution sponsored by Sen. Michelle Stennett (D-Ketchum), Reps. Sally Toone (D-Gooding) and Ned Burns (D-Bellevue) recognizing the 50th anniversary of the designation of the Sawtooth National Recreation Area. The resolution recognizes the decades-long efforts by U.S. Sens. Frank Church and Len Jordan, along with Reps. James McClure and Orval Hansen, to forge a compromise that resulted in the protection of this amazing place. With over 300 alpine lakes, 40 peaks that tower over 10,000 feet and 700 miles of trail, the Sawtooth NRA is a monument to Idaho’s public lands. Speak up today, if you love the Sawtooths! 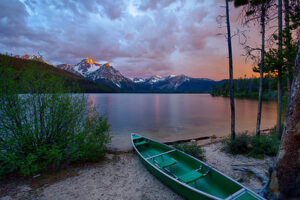 Speaking of monuments, the House passed a bill that would require the Idaho Historical Society’s board to approve any renaming of monuments, parks or public places named for any historical figure or historic event. If it passes, we hope it won’t get in the way of efforts to rename the numerous Squaw Peaks around the state, which was directed by Interior Secretary Deb Haaland, because of its derogatory nature.

Rep. Okuniewicz (R-Hayden) introduced a bill seeking to remove requirements for invasive species boat stickers, which are required for all motorized boats, along with inflatables >10 feet. According to the sponsor, that bill is dead for the year. 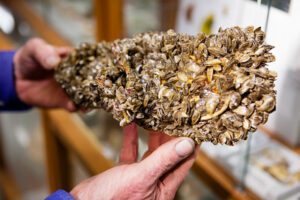 While we might not revel in the opportunity to pay for boat stickers, the program funds prevention efforts designed to keep our waterways free from damaging quagga mussels and zebra snails. These invasive species have clogged pipes, canals and waterways across the country and keeping them out of Idaho is in everyone’s best interests. Whether you rely on irrigation water, use power generated from dams, or just like to cast an occasional line in the water, an infestation of these damaging pests threatens Idaho’s economy and way of life.

Last week, we reported on a misguided bill seeking to eliminate auto emissions testing in Canyon and Ada Counties. This week, the Senate sent the bill to the Amending Order for changes, and as yet, hasn’t been brought up again. We are concerned this is only a temporary reprieve and encourage you to contact your Senator to ask them to vote against this shortsighted proposal.

Senate Bill 1254, sponsored by Senators Lori Den Hartog (R-Meridian) and supported by the Idaho Association of Commerce and Industry, would eliminate requirements for vehicle emissions testing in Canyon and Ada Counties by July 1, 2023.

The bill removes one of the only means to reduce car emissions. After all, the legislature already stands in the way of efforts to fund public transportation, prohibits HOV lanes in the state’s most populous counties, and penalizes Electric Vehicle owners.

If you care about Treasure Valley air quality, please take a moment to contact your Senator. 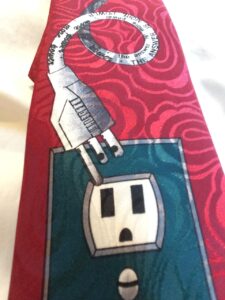 This week’s tie draws attention to the importance of power…deploying power, conserving power and people power. ICL serves as Your Voice for Conservation in the Idaho Statehouse, but we can’t do it without you. By taking action on Building Codes, the Sawtooth NRA and Emissions Testing, you can help ensure that our message is getting through to your elected leaders. So, thank you for taking action, for plugging in and helping ICL be more effective!

What the Inflation Reduction Act means for Idahoans

The Inflation Reduction Act (IRA) is expected to boost the U.S. economy, strengthen American energy security, and reduce greenhouse gas emissions by 40% by 2030. It is a big step …
Article