ICL Legislative Update: Up in the air?

But the Idaho Supreme Court did resolve one big issue with their rejection of four challenges to the state’s legislative redistricting plan. As a result, most expect the 2022 election calendar to remain unchanged, which puts pressure on legislators to finish their business and head home to campaign for the May 17 primaries. A bill from Sen. Jim Guthrie (R-McCammon) would apply even more pressure, by requiring the legislature to adjourn by the last Friday in March. After last year’s marathon 311-day session, maybe it’s not such a bad idea? 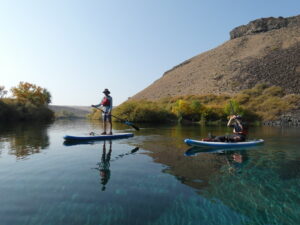 While no bills have yet made it to the Governor’s desk, hearings for several bills ICL is interested in are expected to get underway next week. That includes bills on building codes, invasive species boat stickers, education standards (Take Action!), water quality issues and more.

Among them is a bill that changes the fees for invasive species stickers required on boats. Thank you to all who provided feedback last week. While opinions were mixed, ICL has identified a number of concerns with the bill, and it sounds like we’re not alone.

Another bill we’re reviewing would set aside $5 million for grants to address the water quality impacts associated with dairy waste (see below). It’s an important issue, and we plan to testify when the bill comes up for a hearing.

ICL raised concerns with several rules during testimony this week in both the House and Senate, including one that weakens protections for stream-adjacent logging and another that allows the use of winches during recreational suction dredge mining. Despite ICL’s opposition, both rules were approved, but there was a good examination of our concerns during the hearings. 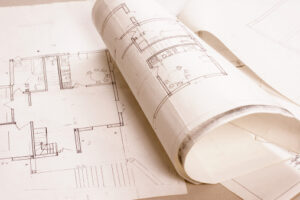 House Business Committee Chairman Rep. Sage Dixon (R-Ponderay) introduced a bill that would separate Idaho’s energy efficiency rules from the other rules of building safety and place them into statute. This will make it harder to update these rules, which undergo regular revision by the Idaho Code Collaborative to incorporate best practices and new technologies that benefit consumers and our environment alike.

The House Business Committee has long sought to reject the energy efficiency code rules, but the Senate has refused to follow. Because of the way Idaho’s Administrative Rules work, this means that they went into effect despite the objections from the House. If Rep. Dixon is successful with his proposal to put codes into statute, both the chambers and the Governor will have to agree on any updates, thereby circumventing the standards rules process and giving the House veto power over the rules.

Idaho Energy Conservation Codes matter because homebuyers and renters want comfortable, healthy homes with affordable power bills. The codes provide standards that keep energy costs low and ensure our homes are safe. While building homes to standards may cost a few more dollars up front, these regulations save Idaho homeowners thousands over dollars, easily paying off the initial investment and resulting in significant savings over the life of the home.

Builders, contractors, realtors and power producers are all supportive of Idaho’s Energy Codes, which ensure a level playing field and set clear direction on how homes should be built. 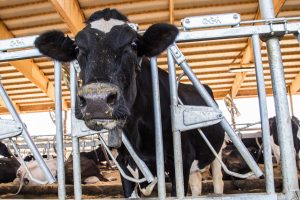 This week, the Idaho Dairymen’s Association introduced a measure that would carve off $5 million, from the Agricultural Best Management Practices Fund, for projects to address water quality and waste management on Idaho’s dairy farms. Across the state, there are over 700,000 dairy cows, with 90% in the Magic Valley. All together they produce over 80 million pounds of manure daily. The fund would allow investments to better manage this waste stream and could also address air quality and climate change by funding digesters, which capture methane emissions before they foul the air. We’re still reviewing the bill, but it appears promising.

The bill introduction deadline is Monday, February 14th, which means that dozens of new bills are likely to surface in the next two weeks. Among them are bills that could terminate emissions testing in the Treasure Valley, a memorial recognizing the 50th anniversary of the Sawtooth National Recreation Area, and a measure to increase required testing on elk farms for Chronic Wasting Disease (take action to let your legislators know you care!).

The Legislature’s budget committee, known as JFAC, is continuing to review agency budgets and will begin the budget setting process the week of February 18. 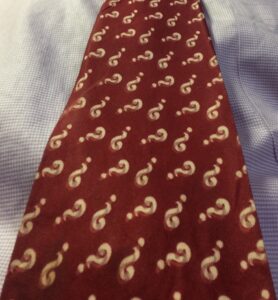 Every legislative session seems to take on a life of its own. Some have been dominated by efforts to restrict voter initiatives, others sought to limit the authority of the Governor, Attorney General or the federal government, and others were characterized by battles between the House and Senate.

It’s still not clear what the theme of the 2022 Legislative Session will be. With a significant infusion of federal funds from both the American Rescue Plan Act and the Infrastructure Bill, we expect there may be a battle brewing over whether to accept this money or send it back to Washington to be distributed to other states.

Three weeks in, we are left with more questions than answers, and with that…I give you the TOTW.