Idaho Salmon and Steelhead by the Numbers

This is the second in a series of weekly blogs about Idaho’s salmon and steelhead.

In 1992 a lone sockeye salmon returned from the Pacific Ocean to Redfish Lake in central Idaho. The solitary fish was named Lonesome Larry. He became the symbol of Idaho’s imperiled salmon and steelhead runs.

Historically, an estimated 100,000 sockeye salmon used to return annually to Idaho’s Payette and Sawtooth basins. In doing so, some fish would swim more than 800 miles from the mouth of the Columbia River and ascend more than 6,000 feet in elevation to reach their natal spawning sites in central Idaho.

The current federal government’s recovery goal for wild Snake River basin sockeye is a paltry 2,500 fish. As you can see from the chart below, the number of wild sockeye returning to Idaho annually remains well below the recovery goal. You can also see how the runs were trending downward as the last of the dams went into operation. 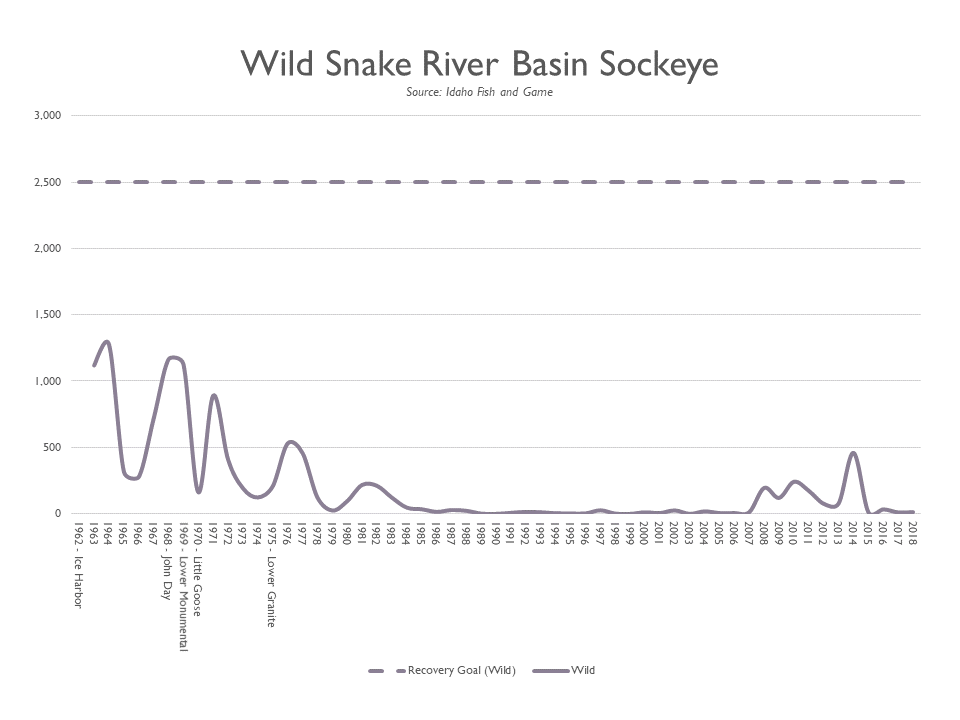 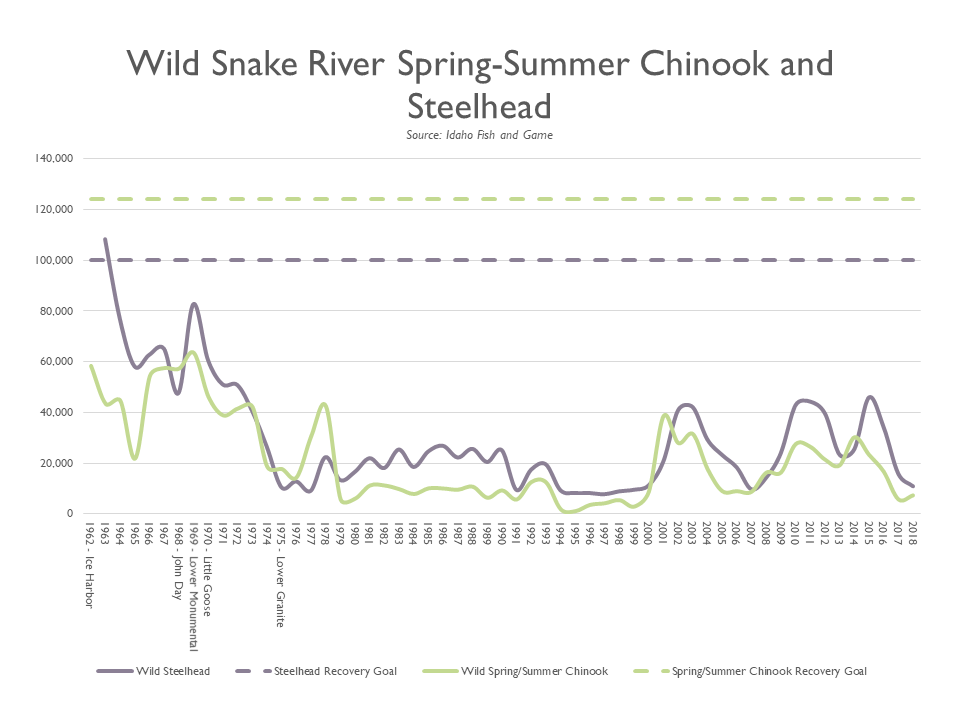 More than $15 billion has been spent in an effort to recover salmon and steelhead. Clearly it’s not working. Something has to change if we want to recover our fish.

Next week I will write about smolt-to-adult ratios — a critical measure of  of progress toward recovery (or lack thereof).