When I took the position as ICL’s lobbyist, I knew it wouldn’t be easy. I’d seen other lobbyists return  from the Capitol in need of a pep-talk (or something stronger). But I also know that when things are tough, that the support we receive from our members is what keeps us going! The notes I get from you put wind in my sails and give me the energy to suit up, cinch up my tie and walk the well-trodden path to the Statehouse. Without a doubt, these generous notes and donations continue to bring immense encouragement. Thank you! 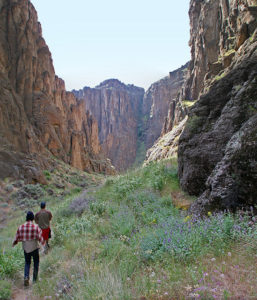 The State Affairs Committee is driving us back to the past, exhuming a failed concept: A Federal Lands Committee to beat up on our public lands.  House Bill 162 and House Joint Memorial 8 have advanced to the House floor. HJM 8 would  "urge Congress" to remove protections for BLM wilderness study areas. Both proposals drew bipartisan opposition. HB 162 would establish a permanant council and they’ve already hired the same lawyer that represented them six years ago, despite the fact that the bill hadn’t passed out of committee, the council hasn’t been named, and they’ve never held a meeting. Go figure. One of the main questions posed by Rep. Randy Armstrong (R-Inkom) at the hearing was:  “If their lawyer cost us $100,000 for a two year committee, how is a permanent committee only going to cost $10,000?“  Good question, Rep. Armstrong. Both HB 162 and HJM 8 is scheduled to be on the House floor on Monday, February 25 at 11:00 AM.

PAPA Gets a  Hearing 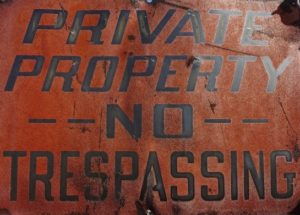 The Public Access Protection Act, known as PAPA, is (tentatively) scheduled for a hearing in Senate Resources on Monday, Feb. 25 at 1:30 p.m. The bill would provide a mechanism to prevent landowners from illegitimately posting public land as private, or block legal access. The Wilks Brothers, Texas-based fracking billionaires, have closed off roads around Boise and Southern Idaho that are public.  This bill would provide a way for citizens to seek to enforce legal access. It deserves to pass! The hearing is open to the public, come listen in to hear what happens next.

Solar Bill Advances, with a Hitch

House Bill 158 advanced out of the House Business Committee with strong support.  The bill would prevent homeowner associations from prohibiting solar panels. The hitch is that it was sent to the "amending order" with instructions to add some language about installment of the solar panels so they are not unsightly. Sometimes bills go to the amending order to be amended, and in other cases they are sent there to die. In this case, we are hopeful that it will be amended, and sent back to the House floor for prompt consideration.

Mining Bills, One Lives, One Dies 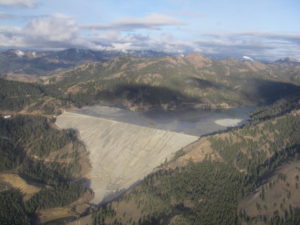 Despite testimony from both ICL and Trout Unlimited, a bill proposed by the Idaho Mining Association was unanimously approved by the House Resources Committee. While it would expand Idaho’s bonding requirements to apply to the surface pollution from underground mines (good), it would allow mining companies to satisfy bonding with "corporate guarantees" or "letters of credit" (bad). That means that if a mining disaster occurred or a company went bankrupt, the cleanup costs would be covered by the value of the mining company, a.k.a. taxpayers would be left holding the bag … again. With over 5,000 abandoned mines (just on national forest and BLM lands), with a liability of between $500 million – $1 billion, will the state ever learn? Speaking of massive taxpayer-funded cleanups, Rep. Giddings’ (R-White Bird) HCR 8  would have had the state urge the EPA to delist several cities including Pinehurst, Kellogg and Smelterville from Superfund protections that could have cost Idaho millions. Thankfully, the Resources Committee were more reasonable and turned this one back on a 16-2 vote. 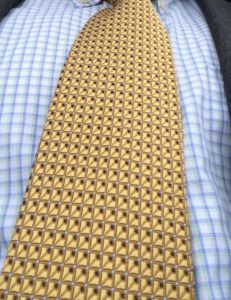 This week’s gold tie is dedicated to those across the state who treasure our natural resources right where they are. While mining drew some of Idaho’s first non-native settlers, our access to public lands, wildlife and clean water is what continues to sustain all Idahoans. For those of you who support our work and want to ensure that we continue to represent YOUR interests, this one’s for you. Until next week …