Legislative Update: Our Public Lands Are under Attack

A Climate First For Idaho! 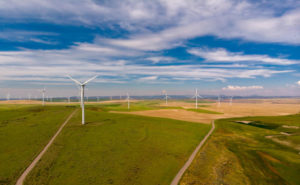 While it continued to feel like it was uphill both ways on my daily walks to your Statehouse, there is a new day dawning in Idaho. For the first time, a committee of the Idaho Legislature will have a hearing to discuss the impacts and realities of climate change. A panel of science and industry leaders from INL, HP, Simplot, the University of Idaho  and Boise State  will discuss the risks and opportunities that climate change is posing to our lives. Join the meeting in person or remotely!

Public Lands in the Crosshairs 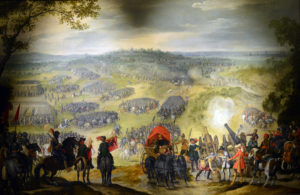 The bad bills we reported on last week:  Federal Lands Council (bad), selling off public lands memorial  (bad), anti-wilderness memorial  (bad). All of these bills passed by wide margins in the House, though it is notable that they all had bipartisan opposition (see how your rep voted). The mining bill also passed the House with spirited debate, from both Reps. John Gannon (D-Boise) and Neil Anderson (R-Blackfoot). As Rep. Anderson noted, this isn’t something that’ll affect us – it’s our kids and grandkids. He also noted that Kmart and Toys “R” Us used to be big powerful corporations too, but today, a corporate guarantee would be worth less than the paper it’s printed upon.  All four bills (HJM5, HJM8, HB162 and HB141) will be up in the Senate Resources Committee next week, where ICL again plans to raise serious concerns. Finally, the Public Access Protection Act (PAPA) was bumped from the Senate Resources Committee schedule Monday and Wednesday, and they aren’t holding a meeting today.  So, when we say: please contact your legislators, what we really mean is: it’s time to contact your legislators  BECAUSE OUR PUBLIC LANDS ARE UNDER ASSAULT!

*Note: Even if you already sent an email to the Federal Lands Council, do it again, because on Thursday, the Senate pulled a head fake and sent the bill to the Senate Resources Committee, instead of State Affairs.*

It’s Not All Doom and Gloom

Lest you think it’s all bad news on the public lands front, note that our U.S. Congress permanently reauthorized the Land and Water Conservation Fund, as part of a lands package that also protected lands in Utah, Montana and across our nation. The bill passed by large margins with U.S. Representative Russ Fulcher casting the only “no” vote among the Idaho delegation.

A couple transportation-related bills continued their momentum through the marbled hallways of the capitol. The e-bike bill  would establish specifications for these motorized bicycles  and clarify that they aren’t motorcycles and don’t need to be fully lighted, licensed, registered, insured, etc. Importantly, it also retains local decision-making authority, so communities can decide what’s right for their trails and sidewalks. On the flip side, the ATV bill  threatens to see Idaho recreations cited if they try to take their new 55" ATV out and learn that they can’t ride it on state or federally administered ATV trails, which are all limited to 50". Polaris, the sponsor of the bill, argued that the larger machines would be safer, but one of the founders of the State ATV Association agreed with ICL’s position that the machines are unnecessary and will lead to confusion. Despite our concerns expressed in the Senate Transportation Committee, only Senators Lori Den Hartog (R-Nampa) and David Nelson (D-Moscow) agreed with our position.

A bill from Reps. Ilana Rubel (D-Boise) and Randy Armstrong (R-Inkom) was amended to provide more specificity to the bill that would restrict homeowner associations (HOAs) from prohibiting solar panels. The amended bill now specifies exactly what and how HOAs can guide installation to limit homemade or supposedly unsightly solar panels. While we are fine with the changes, if you wanna see something really unsightly, go to a coal-fired power plant and appreciate the fact that Idaho doesn’t have one … 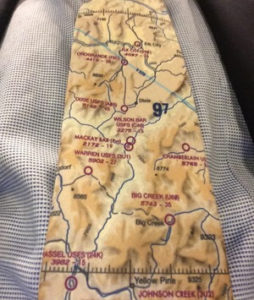 With the blistering assault on Idaho’s public lands values this week, the tie of the week was an obvious choice. Remember, the time is now to stand up for your public lands!

*Note: Even if you already sent an email to the Federal Lands Council, do it again, because on Thursday, the Senate pulled a head fake and sent the bill to the Senate Resources Committee, instead of State Affairs.*