Bills and resolutions are popping out of the woodwork, as Monday is the final day to introduce new legislation. Several bills have been added to the ICL Bill Tracker, and more will be coming next week.  It’s hard work being at the Idaho Capitol everyday, but ICL knows it’s important to our supporters. So, please consider making a small gift  to support our important work during the legislature. While legislators might be able to catch some Zs during committee hearings, ICL can’t. Make a gift today ($5, $10, or $100 –  it all helps)! 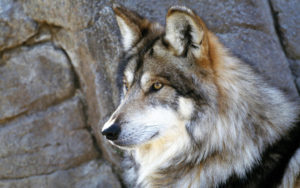 Since 2015, Idaho taxpayers have spent $2 million to hire federal sharpshooters and trappers to target and kill 262 wolves –  that’s $7,000 per dead wolf! We know there are strong feelings about wolves from both sides, however the sooner we manage wolves like we do other wildlife species, the better off we’ll all be. Unfortunately, S. 1039 fails that test.  ICL tried to make a plea to at least allow these funds to be used for non-lethal deterrent efforts, but didn’t even get a chance to testify in the Senate.  Next week, we’ll make another bid in the House Resources Committee, but don’t hold your breath. Later this session,  the issue will return before the budget committee, where the governor proposed cutting funding in half to $200,000. We’ll be watching … 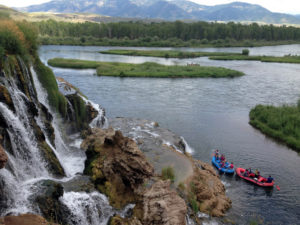 The pristine headwaters of the Snake River flow from the Tetons and Yellowstone Plateau and capture the hearts of all who visit. As the river flows downstream, it literally picks up tons of nutrients and sediment. And by the time it gets to Brownlee Reservoir it’s too toxic to swim in and fish consumption is discouraged. The pollution is serious and we’re working to fix it. Luckily, we’re not alone! This week, members of the Southern Idaho Water Quality Coalition presented in the House Resources Committee regarding  river clean up efforts. We’re looking forward to working with these stakeholders to seek additional funds for monitoring and clean up. Ultimately, it’s going to take a significant decades-long effort to clean up the Snake River. The good news? ICL is committed to making this river swimmable and fishable again, we owe it to our kids!

Unprotecting Wilderness and Revving Up the Bulldozers

Rep. Priscilla Giddings (R-White Bird) introduced several measures in the House Resources Committee that caught our attention. One allows Idaho to run roughshod over our national forests, by allowing bulldozer to reopen roads on public lands. According to Rep. Giddings, the attorney general has found the bill inconsistent with the U.S. Constitution, yet she eagerly anticipates the debate on the Supremacy Clause. Do we really need to debate this Clause? Another bill calls on Congress to unprotect Idaho’s wilderness study areas. History has shown the only way to resolve debates regarding these areas is to come together and find common ground. It worked in the Owyhees and in the Boulder White Clouds. We’ll make this case to the House Resources Committee soon, but will they listen? 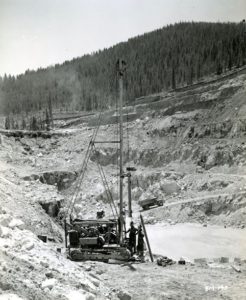 Midas Gold, a Canadian mining company, has big plans for Idaho’s environment. One of those plans involves disturbing a historic mine site on the edge of the Frank Church-River of No Return Wilderness. This week, we visited with the Nez Perce Tribal Executive Council, who’ve taken a deeper look into the Stibnite Gold Project  and found multiple concerns. In a presentation to House Environment, Energy and Technology Committee, Midas referenced the recent Brazilian mining disaster  and promised nothing bad would happen with their facility. I suspect Brazilian miners thought the same thing. Next week, we’re expecting a mining bill dealing with bonding and, supposedly, protecting taxpayers in the event of disaster. As Rep. Neil Anderson (R-Blackfoot) asked: How can a million-dollar company afford a billion-dollar project (or bond)? Good question. 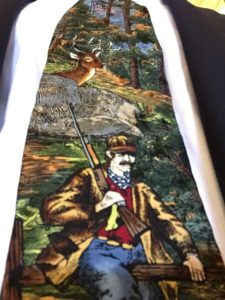 Yesterday, our friends at the Idaho Wildlife Federation and Trout Unlimited hosted their first Camo in the Capitol Day. Hunters, anglers, trappers and Idahoans who love our backcountry public lands were on hand to meet with legislators. This week’s tie is dedicated to the sportsmen and women who do much to perpetuate wildlife in Idaho. We hope to see you on Monday, Feb. 11 at Beside Bardenay for our annual Legislative Reception  and on Thursday, Feb. 14 for Electric Vehicle Day at the Capitol.