Making History: Largest Attempt Ever to Undermine Our National Monuments 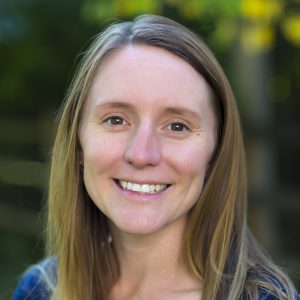 Back in April, President Donald Trump signed an executive order (EO #13792) directing Interior Secretary Ryan Zinke to review 27 national monuments designated or expanded since Jan. 1, 1996. The Department of Interior (DOI) opened a public comment period to generate feedback on our national monuments and suggestions for how DOI should proceed with their review. Craters of the Moon National Monument and Preserve was on this initial review list.

Throughout the comment period, ICL members and supporters were quick to speak against this shortsighted review, creating hundreds of comments over the 60-day period. This kept our  offices busy delivering  comments from our members via forwarded emails, postcards hand-delivered to D.C., and written letters mailed to the Department of Interior. Nationwide, the  public review and comment period generated more than 2.5 million responses. An early analysis of the comments found  overwhelming support for keeping and protecting America’s national monuments or expanding current monument boundaries. Of the comments, 98% were in support. Just 1%  backed the idea of shrinking our monuments. As for Craters of the Moon,  the Idaho Falls Post Register reported tremendous support for keeping that monument intact.

Just days after the close of the public comment period, DOI announced it would be recommending no changes to Craters of the Moon (Idaho) and Hanford Reach (Washington) national monuments. Great news for Idaho and Washington, but what about the other 25 national monuments on the review list? As the August deadline approached for DOI to release their review document, it was believed that four other national monuments would be safe from cuts: Upper Missouri Breaks (Montana), Sand to Snow (California), Grand Canyon Parashant (Arizona) and Canyons of the Ancients (Colorado). This map depicts monuments thought to “safe” from the Trump roll back vs. those with an uncertain future.

Even after the review report deadline came and went, the DOI remained hush-hush about the fate of the remaining national monuments on Trump’s review list. At least that was the case until earlier this week. The report, generated by Secretary Ryan Zinke, was leaked out of the DOI and the contents were startling. Anyone watching this issue quickly realized that the DOI was recommending the largest rollback of public lands protections in history. The report proposed shrinking monument borders for half a dozen monuments and ocean preserves while opening up others to commercial fishing, logging and coal mining. The L.A. Times published a story on Monday outlining the 10 most critical national monuments to keep an eye as the Trump administration takes aim.

Instead of listening to the public, it is clear that the Administration is folding to special interests who want to drill, mine and develop our treasured national monuments, and to out-of-the-mainstream politicians whose interest is in seizing and selling off our public lands. If the Trump Administration goes the way of the Zinke report, Native  American sacred sites, natural wonders and places that are currently open for hunting, fishing, hiking and outdoor recreation would be at risk of being lost forever.

More than 100 leading natural resource and environmental law professors have already filed a letter with the DOI reminding them that only Congress-not the president-has the authority to take the actions that Secretary Zinke is proposing. If the White House attempts to implement these recommendations, their actions will be challenged in court and overturned.

Get Your Pen Out!

Now is a great time to let Secretary Zinke know your thoughts on rolling back protections for our treasured national monuments. Ready, set, go!