Scarcity and Abundance: A True Story of Idaho’s Salmon and Steelhead 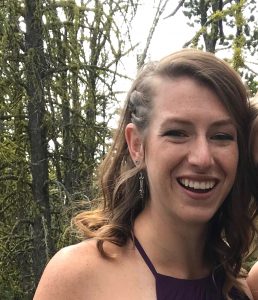 The following excerpt from “Scarcity and Abundance — How the Spectrum Can Bring People Together” is transcribed from the Stories of Idaho’s Fish project, where people share their personal experiences with Idaho’s most iconic fish. This story comes from Megan who worked at a fish hatchery. Her story explores the integral connection communities have with these special species and how even a slight increase in fish returns can unite people. As you read, keep in mind that even a slightly higher return is still dismally below recovery goals for these fish. If a slight increase can bring this much positivity, imagine what we can do as we work to actually restore these fish populations in the future.

A Life of Fishing

“Okay, I’m Megan, and a little back history — I was born and raised in Jerome, Idaho. And hunting and fishing was what our family revolved around. My dad had a sporting good(s) store. We literally had family members plan weddings around hunting and fishing season ‘cause they knew my dad would not come if it wasn’t in one of the down times. So it was very important. I spent my spring break of first grade on the river banks up by Salmon steelhead fishing. Well, dad was steelhead fishing, and he’d hook a fish and handed the pole to me and I got to fight it. But that was my experience with fish for most of my life until I was going to school up at (the) University of Idaho, and getting a degree in wildlife, and for that summer I took a chance and got hired at Sawtooth Fish Hatchery. I ended up spending three summers working the season there and that was the first I had seen these Chinook salmon up close.

Up Close and Personal

That first season, we had steelhead that was a spring run, and then in the summer, we had chinook and sockeye. You know these infamous … poor sockeye populations. Some years nothing would come back, and that year we had three sockeye return, and I actually got to net two of them out of our trap. I had never seen them up close before — they were this beautiful bright red and green. So beautiful.

Then we had Chinook, and I might be off on the numbers, but we had something like 53 females for our broodstock that year, so it was very low numbers. That whole season what I remembered was — that you barely got to touch the fish. The culturists would handle the fish but they were just so precious that it was as quickly as possible, get them processed through, get them back into the raceway. None of the (biologists) were touching the fish ‘cause you can’t drop them! You know, they were just (an) endangered species, and they were treated as such. The next year I came back, and things started to change. We got fish that came back.

I don’t even remember the numbers, but it was multiples of what we had in the previous years. Then all of a sudden, we were all getting to handle the fish! They were still treated with this care, and this reverence for it, and all of a sudden we were having tribe members come. They had field crews that were doing work, and they would come to the hatchery and we had so many fish (that) they were taking truckloads and trying to get them restored up at the Yankee Fork. And, before you know — our relations were somewhat tense because — everybody wanted fish and there just wasn’t very many, and all of a sudden here they are! We’re all handling them. We’re all getting along. It was … fun! And then the year after that, even more fish come back, … and people are coming to the hatchery. Kids are getting to see them, we can take these fish and get them up close to them, so a little kid gets to see a Chinook salmon just a few feet away. I mean, god, when I was a kid I never saw that up close in person.

A Good Fish Run Can Change a Community

Just seeing the changes that it made, especially even in the community. We had the first salmon fishing season up there that … was probably in my lifetime. And, I had been up there several times over my entire life and I had never seen salmon fishing in that area, and here it was! And it was really exciting, and we had a lot of fun, and it was fun to see the changes just among the employees, just among the people who had been working on this for years … So it went from “Hey, here’s maybe three fish” to “Oh, now it’s a couple of hundred!” And just the excitement and the joy of getting to go there, and do this every day instead of just the “careful, kid gloves,” you know. But the stress, it was just gone, and we had so much fun … I don’t think they’ve had quite the runs like that since, but to be there and see both the ends of the spectrum in such a short time was really surprising to me.

Once in a Lifetime?

It definitely brought hope. Because, all my life I had heard the stories of, you know, Lonesome Larry and the sockeye, and “they just don’t come back here.” And then — No! When they’re here, people come. And they were excited. And the number of people I know that hadn’t been up there for years came up specifically to fish this historic run. Whereas before, it was just kind of accepted “this isn’t a thing anymore,” “this is a once upon a time,” “they were a fairy tale,” and now all of a sudden, we were in it and it was a “hey, this can happen,”  “we can do this, this can come back.” … But there are so many factors.

To hear Megan’s full story and others like hers, head to the Stories of Idaho’s Fish Community page. Share your own story here.