Smolt-to-Adult Returns: A Critical Measure of Salmon and Steelhead Recovery (or Lack Thereof)

This is the third in a series of weekly blogs about Idaho’s salmon and steelhead.

At Lower Granite Dam there is a window where biologists sit and watch adult salmon as they ascend the fish ladder. Each fish is counted in order to track returns and ultimately, progress toward recovery of listed fish stocks (or lack thereof).

Biologists use these counts to calculate the percentage of fish that return as adults. These calculations are called “smolt-to-adult ratios” or SARs for short.

An SAR of 2 percent is required just to maintain existing populations levels. Think of it this way: if two salmon spawn and produce 100 offspring, then two of those offspring need to return as adults just to break even.

In order for recovery to occur, SARs need to exceed 2 percent. In fact, the recovery planning goal is 2 percent to 6 percent, with an average of at least 4 percent. Let’s take a look at SARs for wild Snake River steelhead. 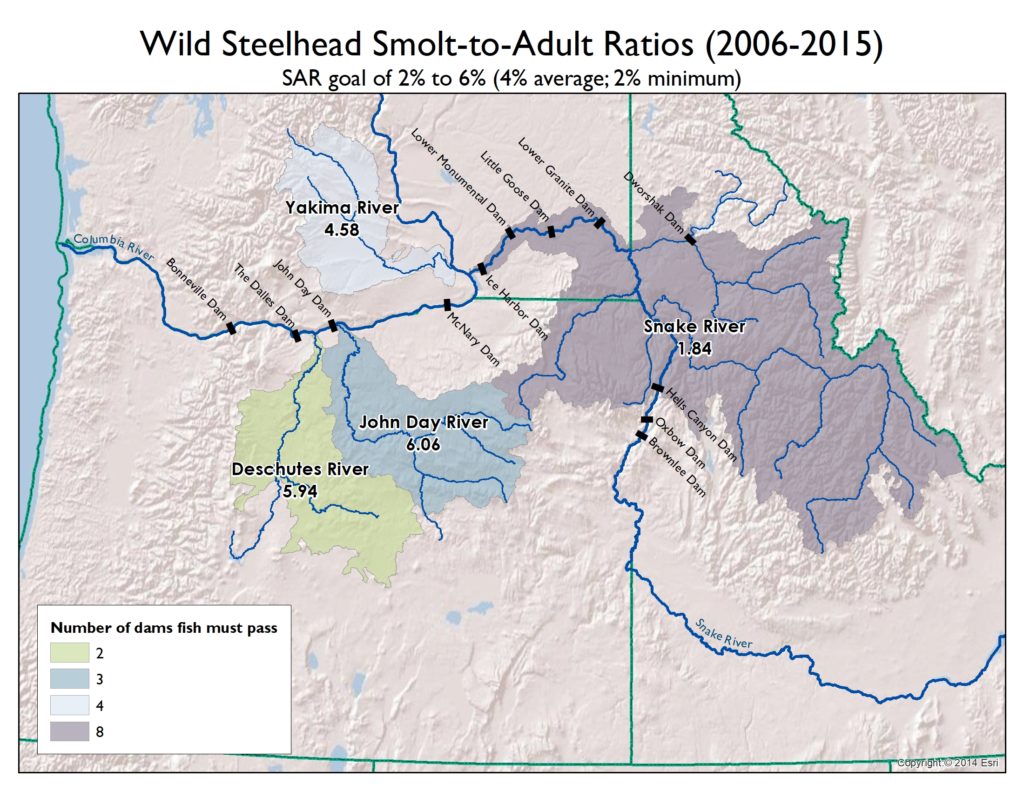 From 2006 to 2015, the average SAR for wild Snake River steelhead was 1.84 percent. Again, an SAR of less than 2 percent signals a declining population.

Biologists from the Fish Passage Center are conducting a long-term study to compare survival of salmon and steelhead across subbasins within the larger Columbia River Drainage. Each year they publish an annual report. In 2017, the FPC concluded:

The symbolic bandages applied to save Snake River fish haven’t stopped the bleeding. We need leadership from our lawmakers if we are going to restore Idaho salmon and steelhead. Ask them to act!