Solar Summer: The basics of solar and electricity

Are you passionate about clean energy and solar, but phrases like “kilowatt hour,” “power purchase agreement,” and “net metering” seem confusing? Are you interested in installing rooftop solar, but you don’t have a complete understanding of how it works? You’re not alone – energy concepts are complex. That’s why we’re kicking off Solar Summer – a blog series about solar and all it entails. Let’s start with the basics about electricity and solar.

Large solar installations are generally measured in megawatts (MW), which is 1000 kilowatts. Large installations can be over 100 MW. 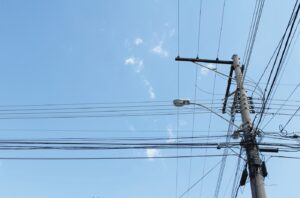 Connecting to the energy grid

In Idaho, the energy grid is operated by utilities. These are companies that are owned by shareholders but have been given a state-sanctioned monopoly to generate and transmit electricity to customers. A monopoly means that another utility would not be allowed to start operating within the service territory of one of Idaho’s utilities. There are three major electric utilities in Idaho: Idaho Power, Avista, and PacifiCorp (Rocky Mountain Power).

In exchange for their monopoly, utilities have a legal mandate to provide reliable and low cost power to customers. To ensure that Idaho utilities are staying true to this mandate, every major decision that a utility makes (whether to build more generation, raise electricity rates, etc.) must be approved by a three-person state commission called the Idaho Public Utilities Commission (PUC). The PUC is a democratic organization designed to protect customers. As such, customers and groups like the Idaho Conservation League are permitted to participate in these proceedings by providing comments. Because utilities aren’t always incentivized to do what is best for customers, it is up to us to participate in the PUC process and ensure that utilities are providing the least cost and most reliable service. 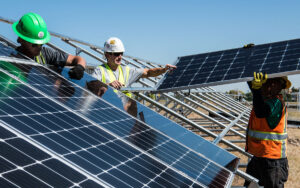 Getting solar on the grid

There are three general types of solar generation. The first type is utility solar, or solar that is owned and operated by a utility. These solar installations usually produce a lot of power. The second type is solar that is procured through a power purchase agreement (PPA). In a PPA, a third-party solar developer owns and operates a solar array, and the utility enters a long-term agreement to purchase power from that solar developer. These arrays are also typically quite large (see, for example, the 120 MW Jackpot Solar installation near Twin Falls, ID which is expected to be operational by the end of 2022).

What is net metering?

Net metering does not necessarily mean that customers receive cash money for the extra solar that is produced by the array. Instead, customers often receive energy credits which are applied to the customer’s bill in months where the solar installation did not produce enough power to cover their energy needs. For example, assume your solar installation produced twice as much energy in June than you actually used. In December, however, your array produced half as much electricity as you needed. The utility will give you a credit for the month of June that you can use in December, and your electricity bill will balance out to zero for those two months.

In previous years, Idaho Power net metering customers received energy credits that were equal to the retail price of electricity power, and the credits lasted indefinitely. Idaho Power is currently engaged in a proceeding that will likely re-determine the value of the energy credit (also called the value of solar). Stay tuned for more information about the proceeding and how you can get involved.

You can also stay tuned for our next Solar Summer blog, or get it right to your inbox by signing up for our Climate Campaign’s email updates.

November 3, 2023 is Climate Action Day! ICL encourages you to take action for Idaho’s environment, and to share the links below with your friends and family. The more you …
Article