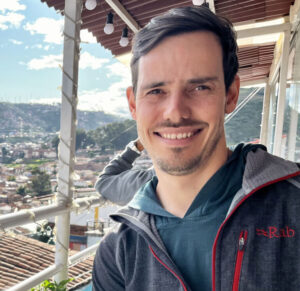 The South Fork Salmon River is one of Idaho’s most ecologically important watersheds. The river and its tributaries like the East Fork South Fork provide critical habitat for Chinook salmon, steelhead and bull trout. The surrounding mountains provide important denning habitat for wolverines. Much like a younger, scrappier sibling of the Middle Fork Salmon River, the South Fork also provides world-renowned whitewater recreation opportunities. Sadly, the East Fork South Fork suffers from historic mining pollution with the Stibnite mining area in its headwaters, and the area faces another huge threat with a newly proposed project – the Stibnite Gold Project. Mining company Perpetua Resources is in the advanced stages of permitting a massive open-pit cyanide vat leach mine at the Stibnite site, raising alarm for all that rely on and enjoy this area. In a series of blogs, we investigate the impacts of this project on our beloved public lands, water, air, fish and wildlife, public health, and recreation opportunities.

The Importance of Air Quality

Within environmental conservation, water quality issues often upstage air quality issues. Water has always had a certain mystical allure for humans, and not without good justification. Water’s intrinsic beauty and life sustaining force place it among the most special substances on our planet. However, even though our planet’s air might be out of sight and out of mind, clean air is just as critical for life as clean water. As the EPA notes, “Air pollution, whether indoors or outdoors, is associated with a number of human health effects, including heart attacks, asthma attacks, bronchitis, hospital and emergency room visits, work and school days lost, restricted activity days, respiratory symptoms, and premature mortality.”

Previous ICL blogs (here and here) have highlighted some of the impacts Perpetua’s proposed Stibnite Gold Project will have on water quality, but it’s important to also note the project would release hundreds of tons of air pollutants each year. In fact, in its most polluting operating year, the Stibnite Gold Project is projected to release approximately 1,260 tons of criteria air pollutants (including particulate matter, sulfur dioxides, and nitrogen oxides) into the atmosphere (SDEIS Air Quality Specialist Report p.68). In addition, almost 800 pounds of arsenic – a federally listed Hazardous Air Pollutant and an Idaho Toxic Air Pollutant – would also be released into the air during the project’s worst polluting year (SDEIS Air Quality Specialist Report p.68).

The Forest Service contends that the Stibnite Gold Project will still meet federal and Idaho state ambient air concentration limits, but ICL has significant concerns with how the Forest Service and the Idaho Department of Environmental Quality (DEQ) calculated the amount of air pollutants that the project would release. Among our biggest concerns, ICL believes the Forest Service:

What This Means for the Public

Given the concerns listed above, the Stibnite Gold Project may emit significantly more air pollution than estimated by both the Forest Service and Idaho DEQ, including within areas the public will have direct access to. Excess air pollution would threaten the health of the public recreating or traveling adjacent to the mine, as well as the public traveling through the mine along the Stibnite to Thunder Mountain road.

Excess pollution would also harm the adjacent ecosystem, plants, and animals. As the University Corporation for Atmospheric Research notes, “Wildlife can experience many of the same negative health effects of air pollution that humans do. Damage to respiratory systems is the most common effect on animals, but neurological problems and skin irritations are also common. Plants and crops grow less when exposed to long-term air pollution.”

What You Can Do

ICL is currently administratively appealing Idaho DEQ’s decision to approve the Stibnite Gold Projects’s state air pollution permit that the Forest Services Supplemental Draft Environmental Impact Statement (SDEIS) heavily relies on (see our previous blog post here) and will be submitting comments on the SDEIS specific to our air pollution concerns. We also encourage you to speak up for air quality and this special part of Idaho by giving feedback to the Forest Service over this proposal.

If you have similar air quality reservations about chasing gold in such an important environment, we encourage you to make your concerns known to the Forest Service by submitting a comment on the project before January 10th.

If you’d like more information on writing comments and this issue, check out our first blog of the Stop Stibnite series, or sign up for alerts on how you can help protect the South Fork Salmon River watershed.