The Legislature wrapped up their work last week, after dealing with a last minute furor over the other ICL’s budget…the Idaho Commission for Libraries. Instead of supporting the critical role of libraries in our communities, the House repeatedly rejected the agency’s budget based on unsubstantiated concerns that librarians are contaminating the minds of young patrons. Yes folks, THAT is what keeps them up at night…

They finally succeeded in passing the funding bill on the fifth try and promptly adjourned until Thursday, March 31, at which point they can respond to any vetoes from the Governor.

With the benefit of hindsight (after 7 sessions as ICL’s lobbyist), I can reflect on how this year’s session compared to prior sessions. All in all, it wasn’t too bad! 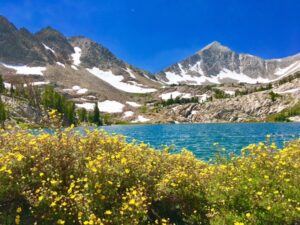 While the odds are undoubtedly stacked against us, and sometimes we feel like the mythical Greek figure Sisyphus pushing a boulder up the hill only for it to roll back down again — ICL’s track record is remarkably positive. I’d like to think it was our convincing testimony and well-reasoned positions, but more often than not, it’s due to the fact that the proposals were poorly-conceived and written. Maybe it’s a combination of both? Either way – ICL will always be there to advance conservation interests, pushing that rock back up to the top. In the words of conservation legend Brock Evans, “endless pressure, endlessly applied.”

Our success is also due to the fact that many of these proposals faced opposition from many others as well. Whether it was business and banking interests fending off attacks on socially and environmentally sound investment principles, county commissioners defending their planning and zoning processes, or Valley County residents concerned about protecting their lakes and quality of life, or ICL members weighing in…it takes teamwork to get the job done. We are proud to work with a community passionate about safeguarding Idaho’s precious environment. 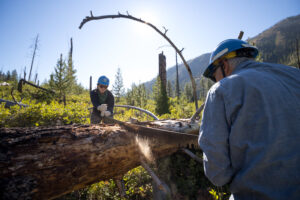 So, while we faced stiff opposition this session, I’m pleased to report that of the 19 bills that ICL opposed, 14 did not advance. And of 4 bills that we actively supported, 3 were approved. In addition, critical investments were made with the help of federal infrastructure and Covid relief funding, including over $300 million for clean water infrastructure.

There’s more to report from last week, so let’s get moving. 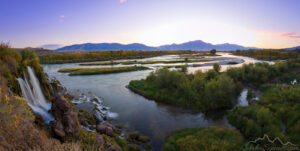 Dying on the vine

There were a number of measures that ICL was tracking that died before they came up for final votes in either the House or Senate.

Two measures related to the attack on Environmental, Social and Governance (ESG) metrics that businesses and investors use to measure their impacts were considered by the House, but never had a hearing in the Senate. One would have tasked the Federalism Committee with a study of the issue (HCR 52) while the other would have prevented state contracts with companies that apply ESG metrics (HB 737).

ICL has also been opposing efforts to distance the Attorney General from the Idaho Department of Lands. Based on concerns from miners and ranchers, we’ve seen 5 bills during the 2021 and 2022 session seeking to hire alternative legal representation for the IDL. This year, a watered-down bill passed the Senate, but was never considered in the House (SB 1372). As Jim Jones, former Idaho Supreme Court Justice and Attorney General, pointed out – consolidating legal representation for state agencies under the Attorney General’s office makes sense and saves money.

For years, the House of Representatives has sought to change the Administrative Rulemaking process, seeking veto power over certain rules. While most rules still require consensus between the House and Senate, several changes made this year circumvented the administrative process and placed certain rules directly into statute. This will make it harder to update these rules in the future.

In one instance, the Senate approved House Bill 660, which places the state’s Energy Efficiency Building Codes into statute. These Building Codes help promote efficiency of heating, cooling and energy systems in newly constructed homes. The bill makes it harder to update these standards in the future, leading to higher utility bills for customers, increased stress on our energy grid, and more climate change-causing emissions.

The other change relates to K-12 Science Standards, which have long been challenged by the House Education Committee. House Bill 716 forces the State Board of Education to accept draft revisions to the Science Standards that were never fully vetted. The bill undermines the authority of the constitutionally-established State Board of Education, establishing a troubling precedent. 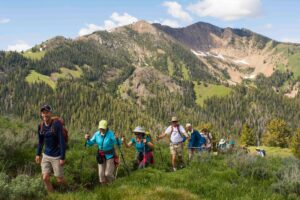 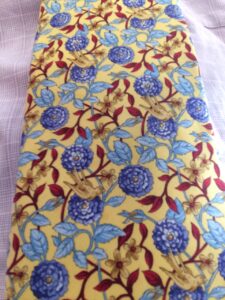 Spring is the season of hope, rebirth and regeneration. As the weather warms, the snow melts and our days grow longer, it’s a great time to get out and enjoy the great outdoors. Since back in December, in the depths of the darkest days of winter, I’ve had the chance to work closely with a talented young woman named Eliza Walton, who served as ICL’s Legislative Fellow during the 2022 Session. With years of experience under her belt, coupled with unbridled enthusiasm and a sincere interest in the legislative process, I was fortunate to work with Eliza. As the legislative session comes to an end, this tie’s for you, Eliza. Get out there and enjoy the spring, you deserve it!

Solar Summer: The basics of solar and electricity

Are you passionate about clean energy and solar, but phrases like “kilowatt hour,” “power purchase agreement,” and “net metering” seem confusing? Are you interested in installing rooftop solar, but you …
Article

June is Great Outdoors Month and National Camping Month. Here in Idaho, we’re lucky to have countless places to camp and recreate outdoors. Wherever and however you choose to get …
Article