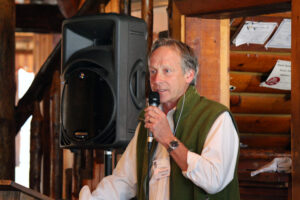 The late Dr. John Freemuth won ICL’s Cecil D. Andrus Award for Conservation in Public Service. Dr. Freemuth was the Distinguished Professor of Public Policy and Cecil D. Andrus Endowed Chair of Environment and Public Lands at Boise State University. He was involved with ICL for decades, sharing his knowledge with staff and expertly moderating discussions all across our community. Dr. Freemuth’s passion for America’s public lands was central to his studies and scholarship. His work on collaborative restoration efforts helped germinate the Idaho Forest Restoration Partnership and numerous groups across the state, which continue to successfully navigate public land challenges. This award, named after the four-time Idaho governor and former U.S. Secretary of the Interior, is reserved for extraordinary commitment to conservation values and bestowed only when the occasion calls for it. 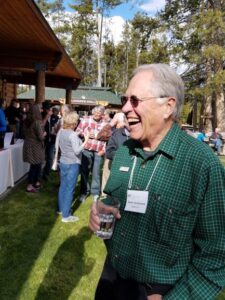 ICL lost another dear friend this year when board member Steve Lockwood passed away in January. He won the Axline Award for Environmental Activism. Steve was a passionate environmentalist, a wonderful member of the ICL family, and a friend to many. A Sandpoint resident, Steve cared deeply about the environment and was most passionate about issues affecting generations to come. Steve also served on the Sandpoint City Council, the city planning and zoning commission, and the Lake Pend Oreille School District Board. Named in honor of the legacy of long-time ICL members Keith and Pat Axline of Challis, this award honors those who actively promote conservation values and are deeply committed to the cause. 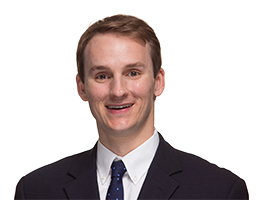 Reporter Jeremy P. Jacobs of Greenwire/E&E News won the J. Robb Brady Award for Environmental Journalism. In his special report, “Bloodbath: Red Ink Pours Over Northwest Dams,” Jeremy dives deep into the Bonneville Power Administration, the federal agency he calls an “empire” that lies at the crucial nexus of energy and saving salmon and steelhead fish populations in the Northwest, the largest endangered species recovery program in the United States. The series explains and explores the deep political and entrenched interests that want to maintain the status quo despite financial, economic, and scientific reasons that make clear that the current situation will not restore salmon and steelhead to abundance nor provide an affordable, reliable and clean energy future for the region. The Brady Award is named after the former publisher of the Idaho Falls Post Register. Started in 1999, the award celebrates excellence and integrity in press coverage of environmental issues. 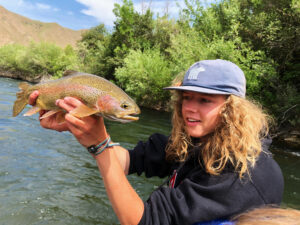 Asa Menlove, a graduating high school senior from Boise, won the inaugural Alex Frizzell Award for Youth Activism. He has worked closely with ICL to foster a community of environmental activism among high schoolers in Idaho. Through local events he has organized and media outreach, Asa has connected with students who are excited to take action for salmon and steelhead, Earth Day, and other conservation issues. Named after a young woman who grew up in Boise, this award was created to honor her legacy and to recognize the importance and power of young people engaging in efforts that they care about. Alex was driven to work on behalf of Idaho and the environment. She interned with ICL in 2011 after her first year of college, contributing energy economic analysis that ICL continues to use today. Sadly, Alex passed away at age 21.

In a break from decades-long tradition, ICL held its annual Wild Idaho! member meeting conference and conservation update online, and not at Redfish Lake Lodge. Although virtual, the meeting attracted over 200 attendees who learned about ICL’s priority campaigns, financial position, board updates, the nonprofit’s vision for the future, and this year’s award winners.

The Idaho Conservation League (ICL) is pleased to welcome a new Communications Manager and two transitions into new positions in its Boise and Sandpoint offices.
Article

The Idaho Conservation League (ICL) today filed a lawsuit in federal court against the U.S. Forest Service for failing to comply with environmental laws when it approved the 20-year “Sage Hen Integrated Forest Restoration Project.”
Article