Pat Ford Award for Lifetime Leadership and Contributions to Conservation 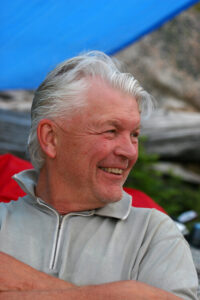 Award winner Dale Harris fell in love with the open ridgelines, cedar creek bottoms, and abundant alpine lakes of the Great Burn on a backpack trip. Over the next decades, he ran the Great Burn Study Group (now the Great Burn Conservation Alliance) and helped defend the wild forests of the Clearwater from bulldozers and other threats. The Idaho Conservation League honors Dale for his tireless work to officially designate the Great Burn as Wilderness. He has now handed off this goal of wilderness designation to the next generation. The Pat Ford award is named after the former ICL Executive Director, recognizing those who have made a sustained commitment to conservation over a lifetime. 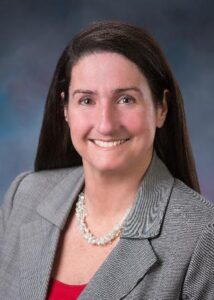 Named after the four-time Idaho governor and former U.S. Secretary of the Interior, this award is reserved for extraordinary commitment to conservation values. Award winner Ilana Rubel has represented District 18 (southeast Boise) for eight sessions and is the Minority Leader of the Idaho House. Deeply committed to conservation, she sits on the House Resources and Conservation Committee. Through the years, Rep. Rubel has sponsored and passed the Homeowner Solar Rights Bill, hosted hearings on climate change, sponsored bills on electric vehicle charging infrastructure, and has been a true defender of public lands, water, and wildlife. 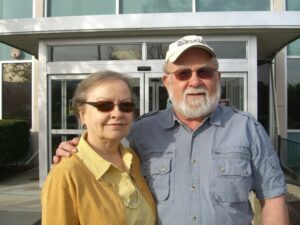 Linwood Laughy and his wife, Borg Hendrickson, spent three years protecting the Clearwater-Lochsa Wild and Scenic River corridor from Exxon-Mobil, Idaho’s governor, and the state legislature. He has also served proudly as board chair of Advocates for the West. Today, he focuses his environmental work on restoring Idaho salmon and steelhead. Named in honor of long-time ICL members Keith and Pat Axline, we bestow this award on those who actively promote conservation values.

The Brady Award, named after the former publisher of the Idaho Falls Post Register, celebrates excellence and integrity in press coverage of environmental issues. Award winner Greg Moore is a recently-retired reporter and editor at the Idaho Mountain Express in Ketchum. His work has kept readers informed on ICL’s Central Idaho conservation issues. Greg’s stories have covered Idaho salmon and steelhead recovery, construction of the Stanley to Redfish Lake Trail, a proposed Sawtooth Valley cell tower, and the status of Triumph Mine pollution, to name a few. 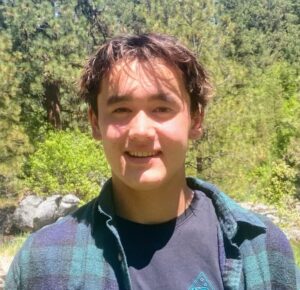 Our award winner, Shiva Rajbhandari, will start his junior year at Boise High this fall. He’s the founder of Extinction Rebellion Youth Boise and an activist with ICL’s Youth Salmon Protectors. Shiva’s goal is to empower young people to take the lead in protecting their planet and future. In his spare time, he enjoys skiing, running, and fishing in Idaho’s beautiful outdoors. The Alex Frizzell award, dedicated to a young woman who was driven to work on behalf of Idaho’s environment, recognizes the importance and power of youth engagement.

Have you ever looked at an animal and wondered, “What are they thinking?” We create personalities for them, attribute voices we believe they would have if they could talk, and …
Article