First things first. This week, the Idaho Conservation League and Conservation Voters for Idaho teamed up for another successful legislative reception. Thanks to the legislators, members and partners who joined us for an inspiring evening.

Now onto my weekly legislative update. Things are starting to come off the rails at the Idaho Legislature, and one need look no further than the House State Affairs Committee. On Wednesday, its members approved a bill that would allow the Legislature to overrule U.S. Supreme Court rulings, federal laws or regulations. So if you’ve ever asked yourself if things could get sillier at the Statehouse, the answer this week is … yes, yes, they can!

Rep. Paul Shepherd (R-Riggins), the sponsor of House Bill 461, argued that his bill is necessary to keep the federal government in check. While he didn’t go into detail, he attempted to connect slavery, abortion, suction-dredge mining and wolves in one not-so-tidy package during his presentation. According to Shepherd, the bill is his response to concerns over the regulation of recreational suction-dredge mining. Despite the Idaho Attorney General’s warning  that this bill would clearly contradict established case law and the Supremacy Clause of the U.S. Constitution (which he and other legislators have sworn to uphold), the bill was met with favor. With a vote of 11-4, the committee advanced it to the House floor with a “Do Pass” recommendation. Go figure.

This week, the Senate Resources and Environment Committee advanced Senate Concurrent Resolution 132, cosponsored by Sens. Dan Johnson (R-Lewiston) and Michelle Stennett (D-Ketchum). The resolution recognizes the instrumental role that Idahoans played in passage of the Wild and Scenic Rivers Act 50 years ago. Idaho contains 891 miles of protected rivers, including icons like the Salmon, Selway and Lochsa, along with hundreds of miles  designated through the Owyhee Initiative, under the leadership of Idaho’s U.S. Sen. Mike Crapo. The resolution is expected to be on the Senate floor next week.

Rep. Judy Boyle (R-Midvale) is pushing for a dramatic rewrite of Idaho’s trespass laws. The law supposedly seeks to simplify trespass laws, but it would actually complicate the issue considerably. Among other things, it would increase the penalty for trespassing while removing requirements to clearly post land as private. That’s why the Idaho Sheriffs’ Association, Idaho Prosecuting Attorneys Association, Idaho Wildlife Federation, ICL and others oppose it. In fact, at the hearing, most members of the House Agricultural Affairs Committee voiced concerns over the proposal. Even the sponsors of the legislation admitted faults that would need to be cleaned up next year .… Still, it was approved on a 14-1 vote. Yup.

Sen. Jeff Siddoway (R-Terreton) passed his memorial against wilderness and national monuments through the Idaho Senate this week. While it’s a nonbinding memorial, it could upend successful collaborative efforts that are helping to resolve decades-old disputes over how our public lands should be protected and managed.

The Senate Education Committee heard more  testimony on science standards this week. Next week, committee members will have an opportunity to overturn the House’s decision to strip out a third of the document, the parts that provide critical supporting content to help teachers prepare their lessons and ensure that students are meeting the standards.

My Tie of the Week is dedicated to the U.S. Constitution and all Americans who have stood up to defend and protect our nation – from the Revolutionary War to today. We are a nation bound by laws, and no state has the authority to overrule our nation’s founding document. 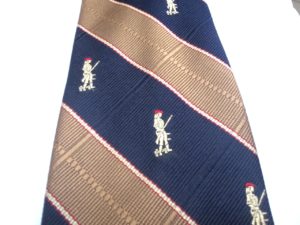