Like the mythical Greek figure Sisyphus, sometimes it feels like my job is to roll a giant boulder to the top of the mountain, only to have it roll back down to the bottom. To say that we face uphill battles in the Idaho Legislature would be an understatement. Every once in a while though, things seem to go our way. So let’s celebrate some successes we realized this week!

On Thursday, the Idaho Senate Education Committee approved the Idaho Content Standards for Science in full, as proposed by the Idaho State Board of Education and a team of award-winning teachers and scientists convened by the Idaho State Department of Education. Based on the rulemaking process, the Senate’s action to approve the standards in full takes precedence over the House Education Committee’s prior removal of all "Supporting Content," including dozens of references to climate change, biodiversity and other important topics. After three years of turmoil, we are happy that our science teachers can now get back to their important task … educating our kids.

A bill that would dramatically rewrite Idaho’s trespass laws and remove the requirement to post private property ran into some problems this week. The measure has raised significant concern from hunters, anglers, other public land users, as well as the Idaho Association of Counties, Idaho Sheriffs’ Association and the Idaho Prosecuting Attorneys Association, among others. The bill, sponsored by Rep. Judy Boyle (R-Midvale), was the subject of an attorney general’s opinion that found numerous issues with the bill, ranging from the first to the fourteenth amendment of the U.S. Constitution. The trespass bill is currently awaiting action in the House, but we anticipate that some changes to it may be coming soon.

A measure from Rep. Steve Miller (R-Fairfield) was the only bill introduced this session, so far, that relates to the public lands takeover effort. The effort to seize and control public lands has stalled out in recent years based on robust opposition from Idahoans across the state. Last year, nearly 3,000 Idahoans filled the rotunda of the Idaho Capitol with a message loud and clear: Keep public lands in public hands. The echoes of their voices were still being heard this week as the House State Affairs Committee shelved Rep. Miller’s bill that would have ostensibly limited sales of public lands if they were ever transferred to the state. Some members of the committee opposed the bill, arguing that it would be better to allow the state to sell off lands. The concerns are real.

The Wild and Scenic Rivers Act resolution  was passed unanimously in the Senate. The measure will be up for a hearing in the House Resources Committee next Thursday. The Senate also passed the Roadless Commission bill (it had previously passed the House), and it is now on the way to the governor’s desk.

It’s not all puppies and flowers in the Idaho Legislature, and we are concerned about Rep. Joe Palmer’s (R-Meridian) House Bill 547 which threatens Idaho’s building codes process. We encourage you to learn more and let the relevant committee members know that you want to see a process for building codes that  protects Idaho consumers and allows local decisions that meet local needs. 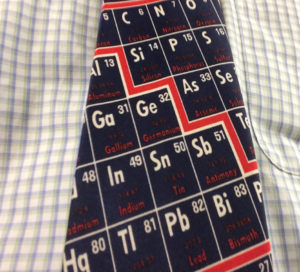