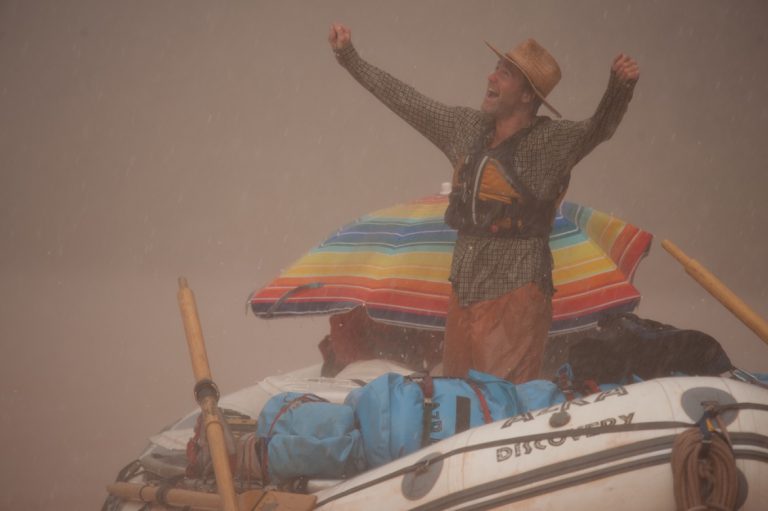 Jim has been a professional river guide and naturalist for the last 25 years. He has worked in North America, China, Chile, and New Zealand, and now primarily guides in the Grand Canyon and Central Idaho. Along the way, Jim learned to tolerate the front country by becoming active in the effort to restore rivers and pacific salmon populations, for which he has spoken from community halls to Congress.

Jim developed, wrote, and produced “Salmon: Running the Gauntlet” for PBS’s Nature series. This one-hour program explored the natural history of Columbia River salmon and the unnatural history of our 150-year interventions in every stage of their life cycle – what is now the oldest and most expensive species recovery effort in U.S. history.

Between river trips, he is the project coordinator for Columbia Rediviva, an intentional dis-organization of activists re-examining our relationship to salmon and power in the Columbia River Basin.

Jim has a B.S. in biology and environmental science from Bowdoin College – but prefers the BS around campfires (everywhere).