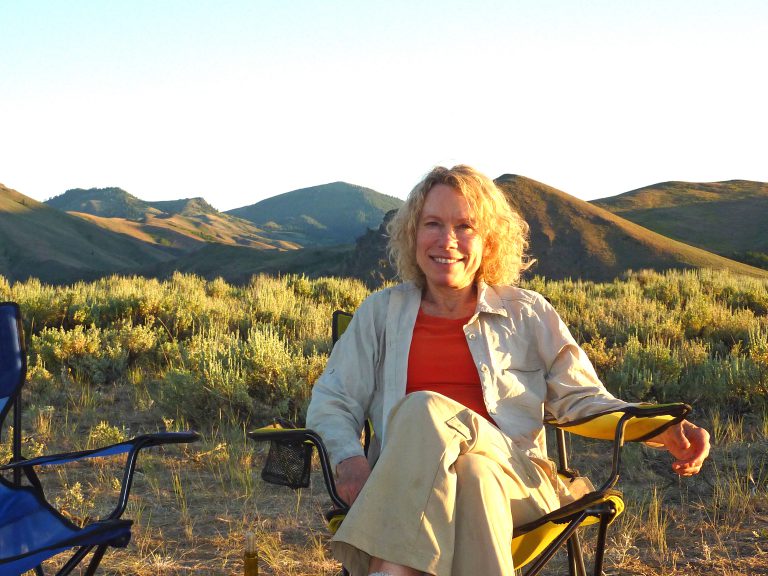 Rebecca Patton serves as board chair of the Idaho Conservation League Board.

After two decades in the private sector, Rebecca moved full-time to conservation in 2000, working at an executive level at The Nature Conservancy for over 7 years. As regional director, her responsibilities included TNC’s on-the-ground conservation programs in the western U.S., and as chief conservation strategies officer she guided TNC’s science and policy initiatives, including its climate change program.

She and her husband Tom live in Hailey and love hiking and skiing. They are passionate about protecting the spectacular public lands, rivers and wildlife in Idaho and also have a deep interest in sustainable agriculture. They are restoring and stewarding a working ranch in the Pioneer Mountains with a focus on improving wildlife habitat. The ranch provides habitat for sage grouse as well as elk, pronghorn, moose and numerous bird species.

Although she grew up in Florida, Rebecca credits the seeds of her love for the West to early weeks-long family camping trips in the iconic national parks of the west during the summers. She moved west in 1977 and discovered the beauty of Idaho a decade later on a trip to the Sawtooths.

She has degrees from Duke and Stanford Universities.